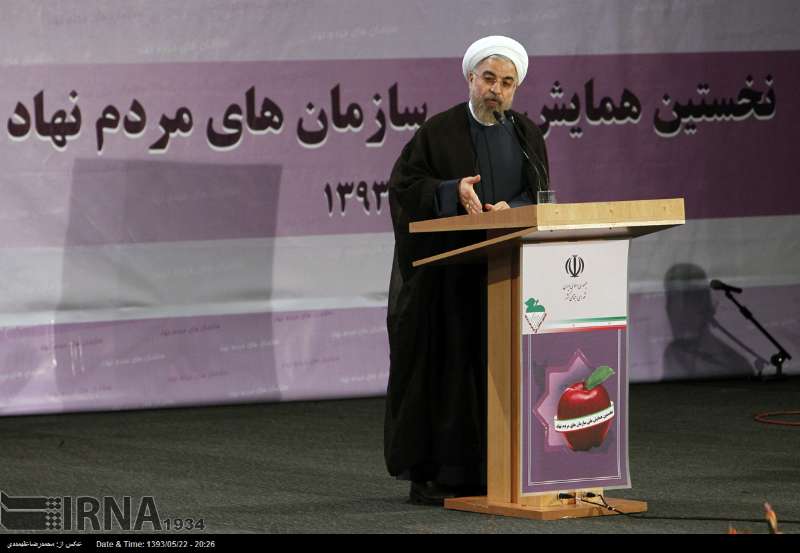 Speaking during a national seminar in Tehran on non-governmental organizations, Rouhani said the NGOs should not be built by the government, rather they should build the governments.

He said that NGOs have to be independent from government. However he noted they shouldnˈt seek enmity with the government.

Rouhani won the presidential election with a promise to implement the constitutional provision of authorizing the political parties to operate.

The vacuum of political parties created non-democratic power blocs with misappropriation of public funds over the eight-year presidency of the former president Mahmoud Ahmadinejad.

President Rouhani must fulfill his promise in the election campaign to prepare the ground for the political parties to undertake their constitutional mandate to develop democracy.