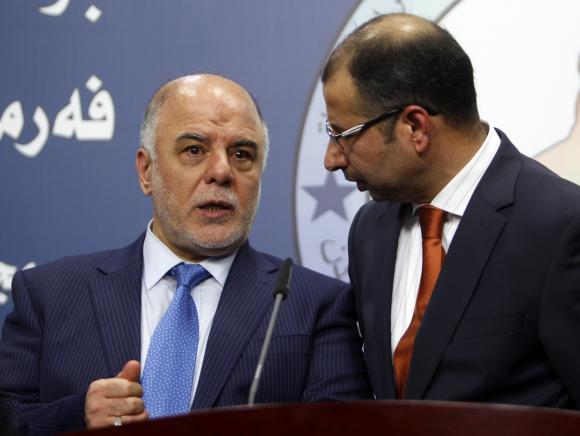 Iraq’s president named Haider al-Abadi on Monday to end the rule of Nuri al-Maliki, who had been strongly backed by regional Shi’ite power broker Tehran since coming to power in 2006. But Maliki refused to go, after deploying militias and special forces on the streets, creating a dangerous standoff in Baghdad.

Senior Iranian officials told Reuters recently that Iran believed Maliki was no longer able to hold his country together and it was looking for an alternative leader to combat a Sunni Islamist insurgency.

“Iraq’s constitution is the basis … for choosing its prime minister… and Iran favors a cohesive, integrated and secure Iraq ,” he told a gathering of foreign-based Iranian diplomats in Tehran on Tuesday.

In an apparent message to Maliki, Shamkhani invited “all Iraqi factions to yield to the rule of law and unite toward their national interests … at a sensitive time” when the country is facing foreign threats.

Last week an Iranian official told Reuters on condition of anonymity that Tehran had been working with Iraqi factions to seek a replacement for Maliki, who was a relative unknown when he came to office. Another senior Iranian security official said last week that Tehran was far more concerned with stabilizing Iraq than with standing by Maliki.