Official: Details of Iran-Russia deals to be revealed 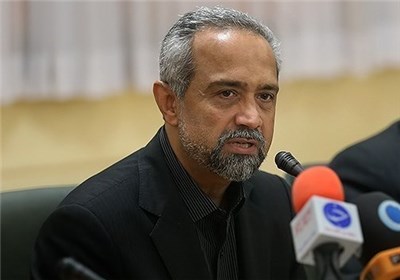 TEHRAN (Tasnim) – A detailed account of a series of recent agreements between Iran and Russia which reportedly include a broad range of issues from energy to commodities, will be publicized in the future, an Iranian official announced.

“Multiple delegations from the two countries held negotiations and achieved good results too… Details of the deals between Iran and Russia will be announced in the future,” Head of Iran’s Presidential Office Mohammad Nahavandian told reporters on the sidelines of an economic conference in Tehran on Tuesday.

He expressed the hope that negotiations between Tehran and Moscow would positively affect “cooperation, mutual investments, as well as (exchange of) technology.”

There are suitable grounds for Iran and Russia to sign agreements in different spheres, including oil and gas industry, Nahavandian underlined.