Minister to appear in Majlis over air crash 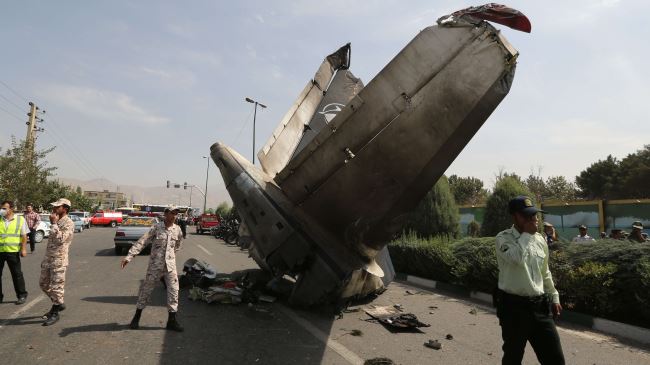 Iranian security forces stand next to the remains of a plane that crashed near the Tehran Mehrabad International Airport shortly after takeoff on August 10, 2014.

Tehran, Aug 12, IRNA – Minister of Roads and Urban Development Abbas Akhoundi will attend Majlis next week to give explanation about passenger plane crash, member of parliament said on Tuesday.

Talking to IRNA, Amir Khojasteh said that it was agreed during the session of Majlis commission today, the minister should come to Majlis to give explanation on the causes of the deadly crash of Antonov 140.

He further noted that the minister is scheduled to give accounts on derailment of Mashhad-Tehran train in Shahroud Station on the same day Sunday (August 10).

The Tabas-bound plane with 48 passengers on board took off from Mehrabad Airport but it crashed shortly after its take-off due to failure in one of its engines.

Some 39 lost their lives in the air disaster. 16 of those on board have so far been identified and their names have been declared to Forensic Medicine Organization.

DNA tests are underway to determine the identity of the victims.