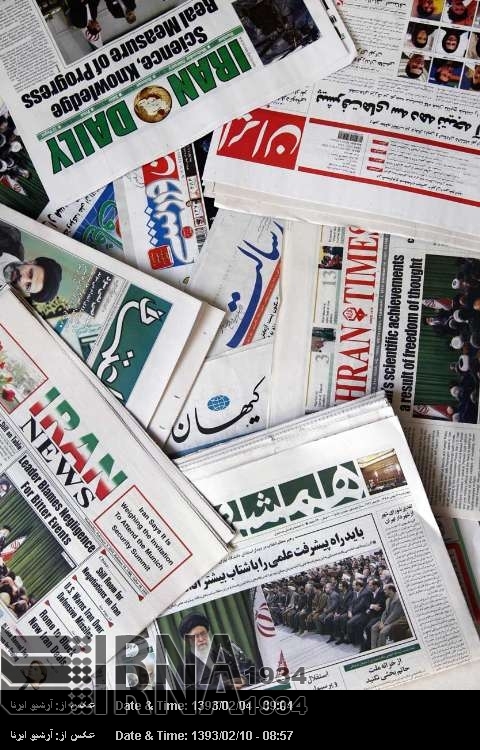 Tehran, Aug 12, IRNA – Hardliners are annoyed with presidentˈs critical statement against opponents of rapprochement with the western governments, according to the comments published by the media on Tuesday.

They made counter-attack against the president criticizing his administration for what they termed disloyalty to national interests and called it empty-handed after a year of negotiations with the western governments.

At a meeting of Iran’s ambassadors on Monday, President Rouhani derided the critics of his administration for the nuclear negotiations aiming to lift the arbitrary sanctions.

The president made clear that certain people in the hierarchy of power structure misappropriated the public funds under the excuse of neutralizing the sanctions and that they do not like to resolve the nuclear dispute.

Rajanews, a website close to former top nuclear negotiator Saeed Jalili, wrote in an article that President attacked the internal critics of its foreign policy instead of getting angry with the hegemonic powers for the arbitrary sanctions.

It noted that Rouhaniˈs negotiating team achieved nothing beneficial to the national interests.

The hardline newspaper advised the president to think about national interests and show courage against the hegemonic powers including US.

The hardline newspaper questioned Rouhani achievements and added that Rouhani administration made all possible concessions but no sanctions were removed in exchange for.

Critics of President Rouhaniˈs policies particularly its foreign policy have launched a campaign known as “We Are Concerned” and have asked him on different occasions to give up his moderate policies and adopt the past policies of former president Mahmoud Ahmadinejad.

Iranˈs foreign policy has taken new directions since Rouhani was elected as President in 2013.