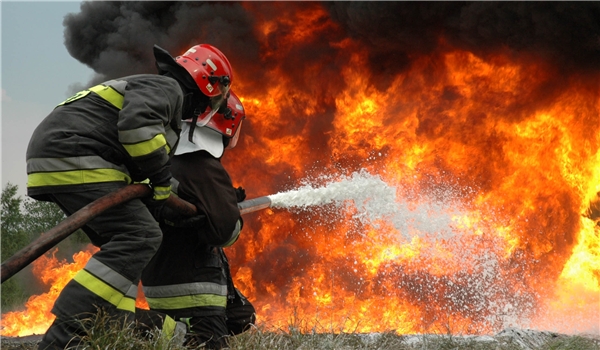 Fire breaks out in bitumen factory near Tehran

TEHRAN (FNA)- A vast fire incident occurred in a bitumen factory in a town just a few miles away from the capital Tehran on Tuesday morning.

The fire broke out in a bitumen factory near the town of Vavan at 6:07 am in an area of 3,000 square meters. A sum of five reservoirs with a capacity of 50,000 liters each caught fire in the incident.

Fire brigades have been dispatched from Tehran to Vavan to help control and extinguish the massive fire there. The cause of the fire incident is still under investigation.

“Massive fire which broke out in Tehran’s Bazaar today killed 2 businessmen and the people who were hanging out of windows were rescued by using hydraulic ladder,” Tehran Fire Brigade Department Spokesman Seyed Jalal Maleki told FNA on Monday.

He noted that two men aged 50 and 60, who were trapped in the upper stories of buildings in Tehran’s Bazaar, were killed.

The fire broke out in a four-storey building in Southern Tehran at 10:53 this morning.