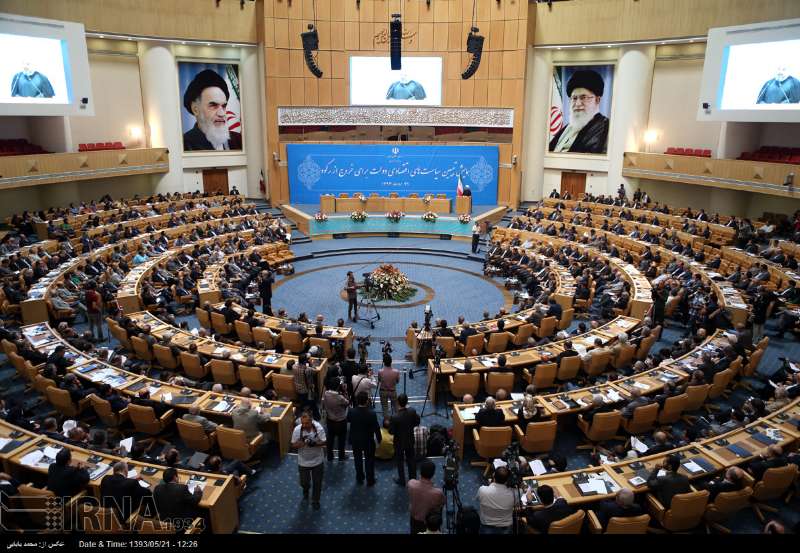 The biggest national economic gathering started here on Tuesday in the presence of President Hassan Rouhani and his economic team to outline policies to end economic recession in the country.

Chance for interaction with Iran not everlasting: President

Iran’s president on Tuesday recommended the international community to seize the opportunity to secure a deal with Iran on its peaceful nuclear work, since the window is not going to stay open forever.

Official: Details of Iran-Russia deals to be revealed

A detailed account of a series of recent agreements between Iran and Russia which reportedly include a broad range of issues from energy to commodities, will be publicized in the future, an Iranian official announced.

Iran may extend the deadline for the construction of the Pakistani side of a joint gas pipeline between the two countries after Islamabad asked Tehran for two more years to get prepared for the start of imports, Iranian Oil Minister Bijan Namdar Zanganeh said on Tuesday.

Iranian President Hassan Rouhani said the US-led sanctions have harmed both the eastern and western states and their removal will help strengthen security and stability in the region.