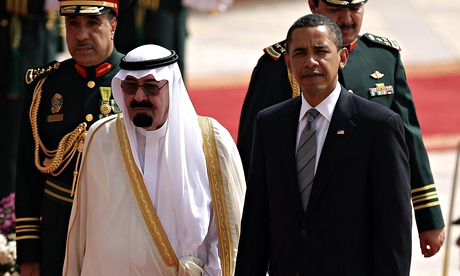 Saudi Arabia’s king, Abdullah bin Abdul Aziz al-Saud, with the US president, Barack Obama. ‘The US-Gulf relationship should also come under pressure as a result of the former’s financial and military support for Israel. Oil exports should not be off the bargaining table.’ Photograph: Mido Ahmed/AFP/Getty Images

Why are the Arab Gulf countries silent on Gaza?