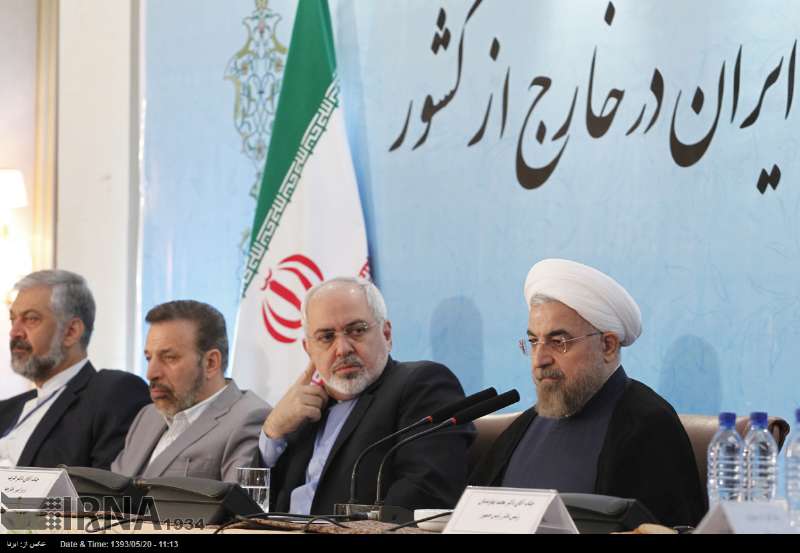 He made the remarks in his address to the annual gathering of Iranian ambassadors and diplomats abroad also attended by Foreign Minsiter Mohammad Javad Zarif.

The President added that during Iranˈs 2013 presidential election, ˈpeople made a delicate and wise choice and told us they were tired of extremism and wanted moderation.

ˈPeople told us they disliked confrontation and wanted interaction with world countries. They said they didnˈt want irrelevant domestic differences and were after national solidarity and reconciliation.ˈ

ˈPeople told us in coping with foreign countries we should start with a logical and courageous position and pursue long-term national interests.ˈ

ˈNo government can adopt a strong and powerful foreign policy or position in dealing with foreigners in the absence of national power and solidarity,ˈ President Rouhani stressed.

He noted that the world has left behind the era of bipolarism and entered a new era which has not been fully established yet.