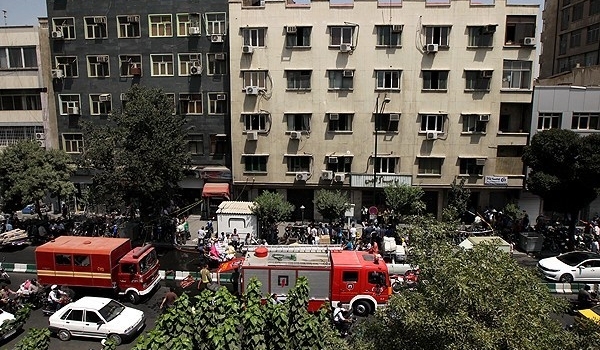 “Massive fire which broke out in Tehran’s Bazaar today killed 2 businessmen and the people who were hanging out of windows were rescued by using hydraulic ladder,” Tehran Fire Brigade Department Spokesman Seyed Jalal Maleki told FNA on Monday.

He noted that two men aged 50 and 60, who were trapped in the upper stories of buildings in Tehran’s Bazaar, were killed.

The fire broke out in a four-storey building in Southern Tehran at 10:53 this morning.