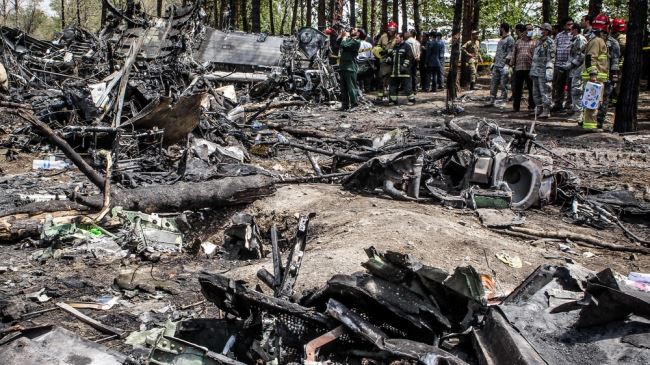 An Iranian passenger plane crashes on August 10, 2014 moments after takeoff from the International Mehrabad Airport.

The two black boxes of an Iranian passenger plane that crashed in the country’s capital, Tehran, have been found, an official says.

He added that investigation committees would examine the black boxes to determine the main cause of the incident.

Meanwhile, the General Inspectorate Organization of Iran has commissioned a special committee to follow up on the crash.

The Iranian passenger plane crashed on Sunday moments after takeoff from the International Mehrabad Airport.

Thirty-seven people lost their lives on the spot while two others were died in a Tehran hospital. Nine others have suffered serious burns with several in critical condition.

Witnesses say that the plane went down only meters away from a densely populated area.