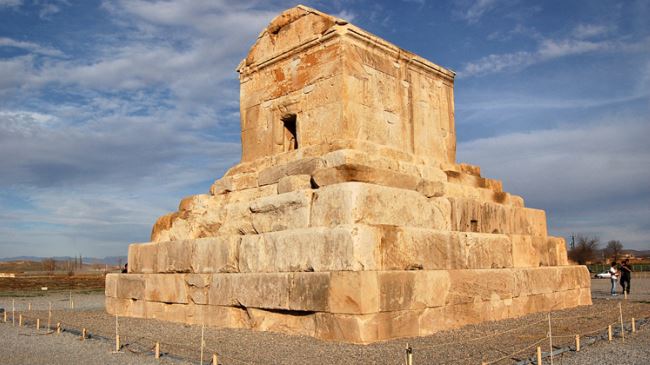 the earliest capital of the Achaemenid (First Persian) Empire, Pasargadae

The ancient monument of Pasargadae as the earliest capital of the Achaemenid (First Persian) Empire manifests the glorious civilization of the nation.

Located near the Iranian historical city of Shiraz, the place was not only the capital of its founder Cyrus the Great (559–530 BC) but later became his last resting place.

The first capital of the Achaemenid Empire, Pasargadae lies in ruins 43 kilometers from Persepolis, in Fars province, southwestern Iran.

The structure was unfinished when Cyrus died in a battle. The location is currently considered as one of Iran’s most remarkable archaeological site which covers 1.6 square kilometers.

Pasargadae stands as an exceptional witness to the Achaemenid civilization. The vast Achaemenid Empire, which extended from the eastern Mediterranean and Egypt to the Hindus River in India, is considered the first empire to be characterized by a respect for the cultural diversity of its peoples.

The most important monument in Pasargadae is the mausoleum  of Cyrus the Great.

Pasargadae represents the first phase of this development into a specifically Persian architecture which later found its full expression in the city of Persepolis.

Archaeologists have recently unveiled that Pasargadae site was granted with unique  structural engineering as Achaemenid engineers built the city to withstand a severe earthquake, what would today be classified as 7.0 on the Richter magnitude scale.

Pasargadae was first archaeologically explored by the German archaeologist Ernst Herzfeld in 1905.

In 1928, Herzfeld along with his assistant Friedrich Krefter did one excavation season.

After Herzfeld, Sir Aurel Stein completed a site plan for Pasargadae in 1934. Later, in 1935, Erich F. Schmidt produced a series of aerial photographs of the entire complex.

In 1930, the Brazilian poet Manuel Bandeira published a poem called “Vou-me embora pra Pasárgada (I will go away to Pasargadae)” in a book titled Libertinagem.

In the book, Pasargadae is described as a utopian city. This poem has become one of the Portuguese language´s classics.

Pasargadae was registered with UNESCO’s World Heritage list in 2004.