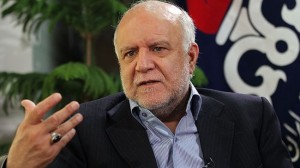 Zangeneh made the remarks a few days after he made a visit to Moscow as the Iranian head of Iran-Russia Joint Economic Commission.

Zangeneh said that during the visit, a memorandum of understanding was signed between the two sides aimed at giving a boost to economic, technical and trade cooperation.

Iran and Russia also agreed to provide banking facilities to Iranian and Russian merchants either in Iran or Russia, Zangeneh said.

The oil minister said that he and his Russian counterpart Alexander Novak discussed ways to properly hold a conference on economic cooperation between Iran and Russia, to be hosted by Tehran next month.

He made clear that the trade deal with Russia has nothing to do with shipment of oil to the international oil markets.

Meanwhile, he rejected the rumors spread about signing a deal with Russia will have impact on shipments of Iranian crude to the international customers.