Official: No halt in supply of Iran’s fuel oil 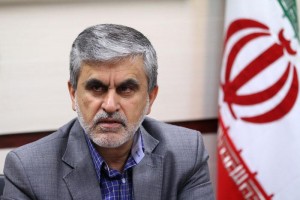 “Some regional traders have spoken of a halt in exports of Iran’s fuel oil just for the sake of their own interests and to increase the price of fuel oil,” the National Iranian Oil Company (NIOC) International Relations Director Seyed Mohsen Qamsari told FNA on Saturday.

Qamsari’s remarks came after Reuters claimed in a recent report that an informed NIOC official and some regional traders had told the news agency that Iran has stopped its export of fuel oil for at least one month to store it for the future use in the country’s power plants.

“Exports of Iranian marine fuel oil have unexpectedly been halted for two weeks and will not resume for at least a month,” Reuters quoted a source at the NIOC as saying.

It also quoted trade sources as saying that Iran could be stocking up on fuel oil for power generation in case of a shortfall in gas supplies.

Reuters said that the halt in exports of Iran’s cracked 380-centistoke — which makes up nearly a fifth of monthly sales at the bunkering hub of Fujairah in the United Arab Emirates — coincides with limited supplies into Asia, as high freight rates have hampered flows from the West and summer demand for the heavy distillate cut exports from the Middle East.