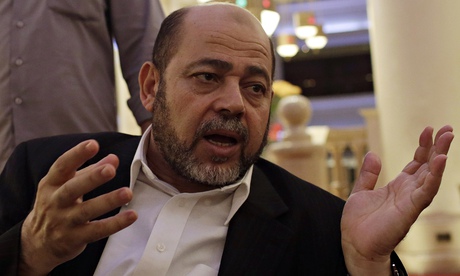 Hamas negotiator Moussa Abu Marzouk in Cairo. Israel has been accused of not taking the talks seriously. Photograph: Asmaa Waguih/Reuters

Attempts at talks between Palestinians and Israelis aimed at ending the Gaza conflict look in danger of breaking down following warnings from both sides.

Hamas’s lead negotiator said the Palestinians may abandon the Cairo-based negotiations if Israel does not take them more seriously, and says that the Islamist group may continue its war of attrition if its demands are not met.

Israel said it would not return to the talks as long as Palestinian militants in Gaza kept up cross-border rocket and mortar fire.