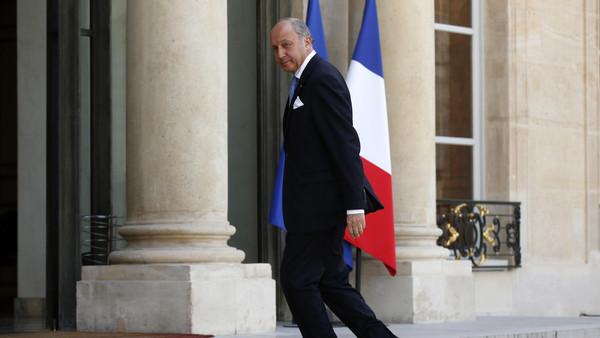 French Foreign Minister Laurent Fabius arrived Sunday in Baghdad where he stressed the “need for a wide unity government” in a news conference with his Iraqi counterpart Hoshyar Zebari, Reuters news agency reported.

Fabius is also scheduled to fly to Erbil where he will hold talks with Iraqi Kurdish President Massud Barzani to oversee the delivery of humanitarian aid to civilians who have fled the advance of the ISIS.

Ban called upon Iraqi political parties “to abide by the constitutional timeline that governs the nomination of the Prime Minister,” his spokesman said in a statement.

“He also calls for reason and wisdom to prevail and urges all leaders in Iraq to form a broad-based government that is acceptable to all components of Iraqi society,” his spokesperson said.

“Such a government should be able to mobilize the nation to confront the threat from the Islamic State [of Iraq and Syria] in a way that will bring security and stability to the whole country.”

Iraq’s parliament has failed to choose a new prime minister following a deadlock after elections in April.

Prime Minister Nouri al-Maliki, who came to power in 2006, has vowed to seek a third term after his coalition dominated the vote, but Iraq’s minority Sunni Arabs and ethnic Kurds, in addition to some of his fellow Shiites, have demanded his replacement.

The speedy formation of a more inclusive government is seen as a crucial step in countering the onslaught by ISIS militants, who have exploited resentment result of Iraq’s ineffectual and divided political leaders.

Ban also “remains deeply concerned about the evolving humanitarian and security situation in Iraq,” he said, adding that the U.N. “and the international community are also closely watching political developments” in Iraq, the statement read.
U.S. airstrikes against ISIS

“At approximately 11:20 a.m. EDT, a mix of U.S. fighters and remotely piloted aircraft struck one of two (ISIS) armored personnel carriers firing on Yazidi civilians near Sinjar, destroying the APC,” Central Command said in a statement. Several other strikes followed, making for a total of four strikes.

The ISIS has so far claimed several parts of Iraq and is beginning to encroach on the Iraqi Kurdish capital of Erbil.

Obama’s made these statements a day after the U.S. conducted its first air strikes in Iraq since the 2011 withdrawal.

Separetely, French Foreign Minister Laurent Fabius left France early Sunday to Baghdad and then Erbil, his ministry said Sunday.
Fabius will meet with his Iraqi counterpart Hoshyar Zebari in the capital before flying to Erbil. He will hold talks with Iraqi Kurdish president Massud Barzani and oversee the delivery of humanitarian aid to civilians who have fled the advance of the Islamist fighters.