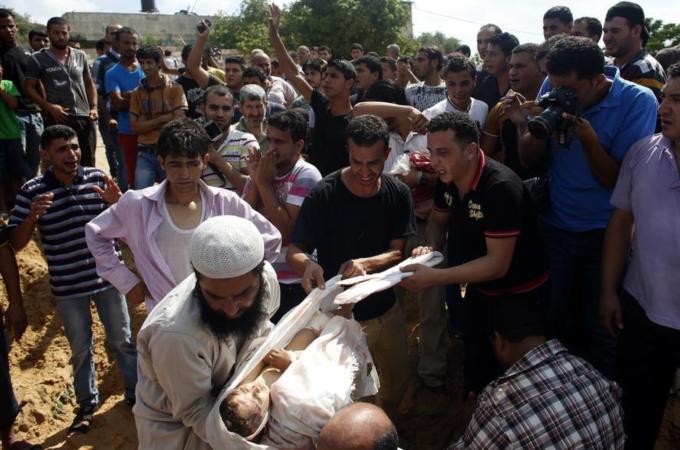 Tens of thousands of Palestinian mourners have attended a mass funeral for a young protester killed by Israeli forces in the occupied West Bank.

The funeral of 22-year-old Nader Mohammad Idris was held in the West Bank town of al-Khalil (Hebron) on Saturday evening.

The Palestinians chanted anti-Israeli slogans and called on the international community to break its silence on Israel’s acts of violence against Gazans.

Idris succumbed to injuries he sustained during the clashes which erupted in the Bab al-Zawiya neighborhood of al-Khalil on Friday.

Figures show at least 17 Palestinians have been killed by Israeli soldiers over the past month. Most of them were shot dead during continuous protest rallies against the Israeli onslaught on the besieged Gaza Strip.

Angry Palestinian demonstrators in the West Bank have held numerous protests against Israel since the onslaught against Gaza began more than a month ago.

Palestinians in the West Bank have said they were out in the streets to show solidarity with their brothers and sisters killed in Gaza.

This comes as the latest Israeli military aggression against Gaza, which began on July 8, has claimed the lives of more than 1,900 Palestinians, including more than 400 children, and wounded about 10,000 others.

Also on Saturday, thousands of demonstrators joined massive rallies in various parts of the world to show solidarity with Palestinians in the blockaded Gaza Strip.