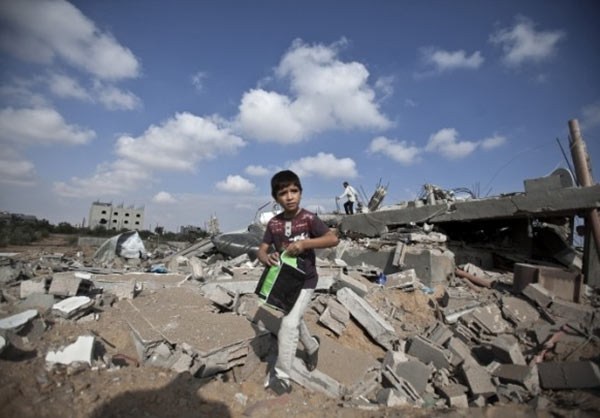 The United Nations has called on Israel to lift its seven-year blockade on the Gaza Strip and end the ongoing deadly attacks against the Palestinian enclave.

On Saturday, Chris Gunness, the spokesman for the UN agency for Palestinian refugees, UNRWA, said the blockade must end to allow the reconstruction of the Palestinian coastal territory.

“The blockade must end. We are beyond the realm of humanitarian action alone. All those directly and indirectly responsible for the carnage and destruction must engage,” he noted.

Gunness said huge swathes of Gaza have been razed to the ground, adding that the reconstruction of Gaza cannot be carried out without doing anything.

“Huge swathes of Gaza have been leveled. We cannot rebuild it with our hands tied behind our backs,” Gunness noted.

The UN official stated that a man-made homelessness crisis is unfolding in Gaza as the Israeli war has destroyed the homes of at least 65,000 people.

Israel has imposed an air, sea and land siege on Gaza for more than seven years, while Egypt’s military-backed government has tightened its control on entry into the region since the summer of 2013.

This has turned the region into the largest open-air prison in the world and caused a decline in the standard of living, unprecedented levels of unemployment and unrelenting poverty.

The lifting of the Israeli siege has been a key demand of Palestinians during the recent failed truce negotiations in the Egyptian capital, Cairo.

This comes as the latest Israeli military aggression against Gaza, which began on July 8, has claimed the lives of more than 1,900 Palestinians, including more than 400 children, and wounded over 10,000 others.