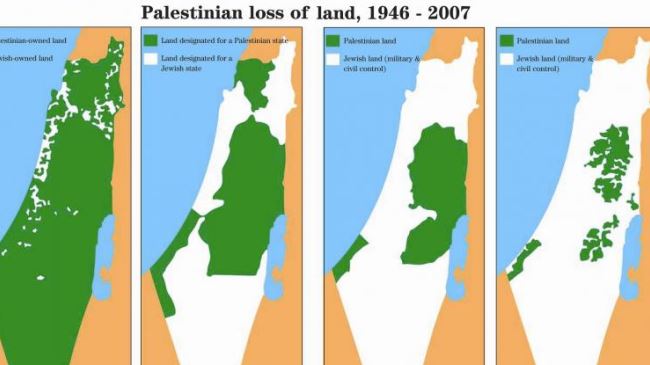 Press TV has conducted an interview with Richard Forer, an American author, from Denver, about Israeli brutalities against Palestinians.

Press TV: Mr. Petersen (Press TV guest Frederick Petersen, US Congressional Defense Policy Advisor) was speaking about the Gazan people being exploited and used for political ends. How do you feel about that?

Forer: The way I feel is that it is Israel who is exploiting their own public not to mention the entire world with their propaganda.

When you push a people for decade after decade: by torturing them; by limiting their civil rights; by stealing their land, their farms their homes; and by treating them like sub-human beings, which is a term that many Israelis use to refer to the Palestinians, then you have to expect a reaction.

Now… I think what Hamas has been doing is stupid and I agree with Mr. Petersen that they are themselves exploiting their people. It’s outrageous that they’ve sacrificed nearly 2,000 lives and many thousands more wounded.

However, the fact is we have to really look at this and see what are they doing and what they are doing is they understand, as do the Palestinians people, that Mahmoud Abbas has achieved nothing while complying pretty much with almost everything Israel has asked of him.

Abbas has been the most compliant Palestinian leader Israel has ever dealt with. He has basically offered to give up the right of return; he’s accepted the major settlement blocks.

But that is not enough for Israel. Israel wants total submission.

What I think has to happen is the world, especially the United States and the United Nations without the United States vetoing resolutions, require that Israel like they require all other countries abide by international law: end the blockade and make peace and end the occupation.

Press TV: I want to get your opinion on the issue of de-militarization of Gaza – how do you feel about that?

Forer: I think it’s outrageous to expect the Palestinian people to be de-militarized when the Israelis have been so brutal for decade after decade. They would have no defense whatsoever against the incursion of Israeli soldiers.

I met people who asked me if I slept with my shoes on. And the reason they asked me that question is because they do. They sleep with their shoes on because they never know when Israel is going to invade their homes, their lands. And they want to be able to jump up out of bed quickly and get to the safest area as possible.

In response to Mr. Petersen, he is a reasonable man, but as he said earlier this is not an asymmetrical conflict. This is a conflict where Israel being the oppressor, aggressor and occupier is the one who dictates the terms of the engagement.

Netanyahu found his pretext to go into Gaza and try to destroy that when the three Israeli teenagers were kidnapped and killed.

The bottom line is that Hamas has offered for many years now to make peace with Israel on the 1967 borders, honoring the will of the Palestinian people.

Even many heads of Shin Bet the Israeli security services and MOSSAD have said that Israel should talk to Hamas. Why won’t Israel talk to Hamas? They won’t talk to Hamas because they don’t want to make peace.

They could easily moderate Hamas, they’ve known that for years. Prior to the invasion of 2008 Operation Cast Lead many Israeli advisors told the Cabinet that if they wanted they could have a long term ceasefire or truce with Hamas and that Hamas could be moderated.

Remember Hamas is a militant, but also a political organization, they are not monolithic. Many members of Hamas are very moderate and Israel could have had this, but Israel doesn’t want peace.

It seems to me that they want to take over the Gaza Strip eventually and populated it with Israeli Jews. And actually this is a plan that is called for by Moshe Feiglin who is the deputy speaker of the Knesset and who has recently been appointed to a very prestigious committed by Benyamin Netanyahu.

So the bottom line is there will be no peace; there will be no honest negotiations until, in my opinion, the United States makes Netanyahu or whoever is in charge in the Israeli governments, makes them get real and accept the fact that they cannot ethnically cleanse the entire land of Palestinians and replace the people with Jewish people only.

This is a segregation government we’re talking about.

Press TV: How do you feel about that, this issue of who the provocateur is and who the victim is here?

Forer: It’s clear that the provocateur is the state of Israel.

Yes, Arab countries invaded the land designated by the United Nations Partition Plan for the Palestinians on May 14th 1948 when Israel declared statehood. But just because the Arab world was angry at what Israel was doing – and Israel subsequently had already cleansed a few hundred thousand Palestinians before they declared statehood – but you can’t use the argument that because Israel has antagonized all of its neighbors that therefore it’s a symmetrical conflict, that both sides are equally to blame.

After all, Israel has ignored, for example, for 12 years the Saudi Peace initiative that would have established normal diplomatic relations with Israel and the entire Arab and Muslim world – it would have ended the conflict and provided security guarantees for all the states in the region.

Now… Mr. Petersen is correct in that idealistically speaking, yes, if people on both sides exhibited good will then maybe we could find a fair and just solution, but unfortunately the Israeli government for sure is not willing to exhibit goodwill because it wants more land.

The Israeli government has conducted a cruel and brutal occupation for decades and what they are doing in Gaza is simply an expression of their attitude towards the Palestinian people.

Just the fact that Netanyahu used a pretext in order to invade Gaza because he didn’t want the unity government. .. he was willing to sacrifice 70 or more of his soldiers – and also sacrifice a couple of thousand Palestinians – in order to avoid making peace.

Palestinians –  and I don’t blame them – look upon the Israelis as the enemy.

But the real enemy, the primal enemy, is the unexamined mind that unconsciously projects it suffering onto the world and then blames and scapegoats the world for its suffering.