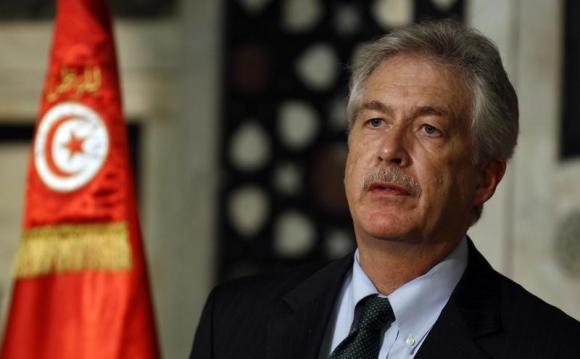 (Reuters) – U.S. and Iranian officials had a “constructive discussion” about Iran’s nuclear program in Geneva on Thursday, the U.S. State Department said without providing details.

“It was, I would say, a constructive discussion,” State Department spokeswoman Marie Harf told reporters in Washington. “We’re not going to get into details.”

The United States and some of its allies suspect Iran is using its civilian nuclear program as a cover to develop atomic weapons. Iran denies this, saying that its program is solely for peaceful purposes.

Six major powers and Iran failed to meet a July 20 deadline to negotiate a comprehensive agreement under which Iran would curb its nuclear activities in exchange for the easing of economic sanctions that have crippled its economy.

The six, comprised of Britain, China, France, Germany, Russia and the United States, have agreed to extend the deadline to reach a comprehensive agreement until Nov. 24.

Harf said the six major powers and the European Union would meet with Iran in advance of this September’s U.N. General Assembly in New York. The location for that meeting has yet to be decided, she added.

The same players would likely meet again during the annual U.N. gathering, possibly with the involvement of their foreign ministers rather than lower level officials.

At Thursday’s talks in Geneva, Burns led a U.S. delegation that included Under Secretary of State Wendy Sherman as well as Jake Sullivan, the national security adviser to Vice President Joe Biden.

Burns and Sullivan, who took part in secret discussions with Iran that helped bring about last year’s interim agreement, will stay involved in the Iran negotiations as “special government employees” despite leaving their current posts later this year.

In April, the State Department announced that Burns, a career diplomat who has served as U.S. ambassador to Russia and Jordan and in senior White House and State Department posts, would retire in October.

Sullivan, who was one of former Secretary of State Hillary Clinton’s closest aides and could play a role in her campaign should she run for president, plans to take up a position at Yale University’s law school and at its Jackson Institute for Global Affairs.