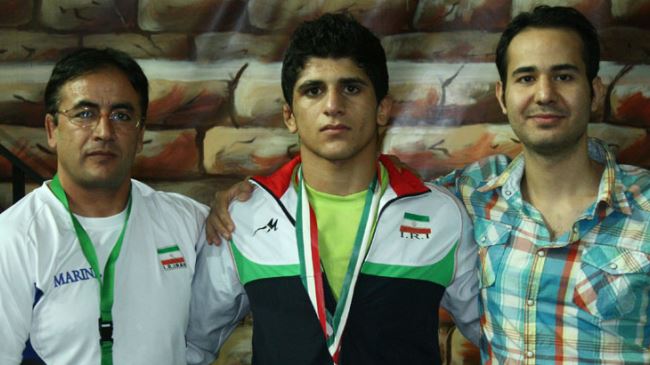 On Tuesday, Boyeri overcame a representative from Latvia 12-2 in his opening round contest of men’s 74-kilogram weight category at the Dom Sportova Sports Hall in the Croatian capital Zagreb.

The young Iranian wrestler prevailed over his Croat and Kyrgyz rivals 8-0 and 1-0 in the next bouts respectively to march into the semifinal round.

Boyei defeated a contestant from Georgia by one point to 0 in the semifinal, and booked the ticket for the final.

However, his Turkish opponent downed him by a technical fall in the last encounter, and the Iranian junior Greco-Roman wrestler collected the silver medal.

The 2014 FILA Junior World Championships opened in the Croatian capital Zagreb on August 5, and will wrap up on August 10.