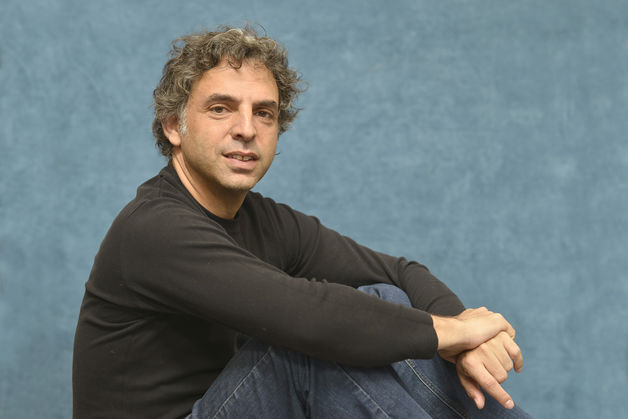 Gaza war’s critics in crosshairs as Israelis back offensive

Israeli Author Etgar Keret argued in his column that discourse in Israel has grown increasingly polarized. While “right-wing thugs chanting ‘death to Arabs’ and ‘death to leftists’ on the streets of Jerusalem are considered patriotic,” he wrote, “demands to stop the operation or mere expressions of empathy about the deaths of women and children in Gaza,” are perceived as betrayal.

Israeli author Etgar Keret is finding his words come with a cost nowadays.

Keret, whose surreal short stories and graphic novels won him the Prime Minister’s award for literature in his homeland, was inundated with critical and abusive mail after arguing that Israel has grown increasingly intolerant to discourse condemning the military in a column for the Hebrew newspaper Yediot Ahronot and the New Yorker magazine.

“I have readers who write me that while they have loved my books for years, they now think it’s disgusting,” Tel Aviv-based Keret, 46, said in a telephone interview last week. “All that because I wrote that in this conflict we have a responsibility for our soldiers as well as for civilians.”

While the violence in Gaza is the deadliest of any offensive since Israeli settlers and soldiers left the territory in 2005, opinion polls show public support for the military force has never been stronger.

The Israeli government said the action is aimed at halting rocket fire from Gaza. The mission also involved destroying tunnels used to infiltrate into Israel and breach a blockade of the territory. The country said it completed that aim this week and withdrew its troops, as a 72-hour truce brokered byEgypt took hold.

More than 90 percent of Israeli Jews backed the ground operation in Gaza and three percent felt it wasn’t achieving its objectives, according to a survey by the Department of Sociology at the University of Haifa released on July 31. It questioned 1,007 people on July 23-25. The poll, which had a 3.2 percent margin of error, also found that more than half of those questioned agreed or strongly agreed that civilian demonstrations against the army should be prohibited at wartime.

The growing threat from Hamas, considered a terrorist organization by Israel, the U.S. and the European Union, means there is little debate about the need to fight the militant group, according toDaniel Gordis, senior vice-president at Shalom College in Jerusalem.

“Israelis are feeling unbelievably vulnerable these days,” said Gordis. “The tunnels brought out the feeling that they could walk right into our backyard.”

Author Amos Oz, a frequent critic of Israeli settlement policies, asked his Deutsche Welle interviewer last week what “would you do if your neighbor across the street digs a tunnel from his nursery to your nursery in order to blow up your home or in order to kidnap your family?”

Keret argued in his column that discourse in Israel has grown increasingly polarized. While “right-wing thugs chanting ‘death to Arabs’ and ‘death to leftists’ on the streets of Jerusalem are considered patriotic,” he wrote, “demands to stop the operation or mere expressions of empathy about the deaths of women and children in Gaza,” are perceived as betrayal.

More than 1,800 Palestinians have been killed, including hundreds of civilians, while on the Israeli side, 64 soldiers and three civilians have died. U.S. President Barack Obama called on Israelis and Palestinians to extend the 72-hour truce set to expire tomorrow, as talks resumed in Cairo on a long-term agreement to end the conflict and rebuild Gaza.

Critics of the Gaza operation in Israel’s media, including former environment and education minister, Yossi Sarid, say they are alarmed by the hatred directed at those who voice disagreement with the war, or the way it’s being conducted. In Tel Aviv, demonstrators against the conflict in recent weeks were threatened by counter-protesters draped in Israeli flags singing “Am Yisrael Chai!” which loosely translates as “People of Israel live!” In one protest on July 12, brawls broke out as several demonstrators were chased down by counter-protesters.

“There is hard evidence that gangs are going to peace rallies with clubs and hitting protesters,” said Amir Fuchs, a researcher in the Democratic Principles Project at the Israel Democracy Institute, citing the recent violence in Tel Aviv. “I remember very well the discourse during the previous Gaza operations and during the 2006 Lebanon War, and it’s clear that the rage and discourse about leftists has become profoundly more extreme and violent.”

Fuchs said some parliament members have sought to pass legislation in recent years that aims to stifle dissent from “leftist” organizations, a catch-all term for loosely affiliated groups that denounce continued settlement on Palestinian land captured after the 1967 Middle East War. One bill that sought to restrict funding for non-governmental organizations in 2011 failed to receive backing from Attorney General Yehuda Weinstein on grounds that it would do “grave damage to a string of constitutional rights.”

Violent clashes over the character of the Jewish state go back to as early as its establishment. In 1948, disagreements between the newly created Israel Defense Forces and the Irgun, a rival Jewish paramilitary group, prompted a confrontation that led to more than a dozen deaths known as the Altalena Affair. In 1983, Emil Grunzweig, a key activist in the Peace Now movement, was murdered during a demonstration, and in 1995, Yigal Amir assassinated Prime Minister Yitzhak Rabin over his territorial concessions to the Palestinians.

While violence sometimes flares in the charged atmosphere of war, past incidents were outliers in what has traditionally been a society open to a kaleidoscope of views, according to Gadi Wolfsfeld, a communications and political science professor at the Hebrew University.

“In the last few years, Israel has become a less tolerant society as the right becomes more powerful,” saidWolfsfeld. “Putting a left-wing sticker on your car now means it is likely to get smashed.”

University of Haifa lecturer Yuval Feinstein, who conducted the survey, said that social media has contributed to the proliferation of threats and incitement.

“In terms of magnitude, hate speech on the Internet is much more frequent and severe,” he said. “It’s become a witch-hunt, basically.”

Keret said some of the threats against him and his wife, actress Shira Geffen, were so vile and graphic that he preferred not to air them in the press. His wife, comedian Orna Banai, the singer Achinoam Nini and other entertainers were threatened on social media, according to Haaretz.

Haaretz newspaper columnist Gideon Levy wrote on July 19 that he was “subjected to a volley of vilification and attacks, of threats and verbal abuse that went beyond anything in my experience” after writing an article condemning Israeli pilots.

Yariv Levin, a member of Netanyahu’s Likud party, said Levy should be tried for treason.

“When someone is sitting inside your country and making himself the mouthpiece of the enemy, this is called in plain Hebrew ‘betrayal’,” Levin said in an interview with Israel’s Channel 2 aired on Aug. 2.

A Facebook post fictitiously announced on July 30 the death of Sarit Michaeli, a spokeswoman for B’tselem, a non-governmental organization that monitors abuses against Palestinians. Channel 2 presenter Amnon Abramovich, an army veteran wounded in the 1973 Middle East war, was attacked on July 29 by a crowd chanting “traitor,” according to reports by Israeli media including i24news.

“Israel will win this war, there is nothing to speculate about,” said Keret. “The big question is what kind of Israeli society will emerge from this conflict.”