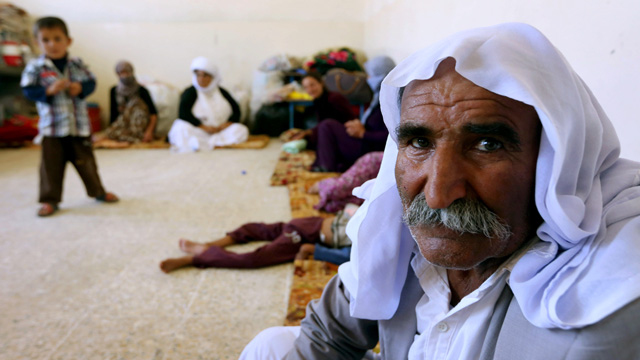 Members of minority Yazidi sect face slaughter if they go down and dehydration if they stay, while 130,000 fled to Kurdish north

Tens of thousands of members of one of Iraq’s oldest minorities have been stranded on a mountain in the country’s north-west, facing slaughter at the hands of jihadists surrounding them below if they flee, or death by dehydration if they stay.

UN groups say at least 40,000 members of the Yazidi sect, many of them women and children, have taken refuge in nine locations on Mount Sinjar, a craggy, mile-high ridge identified in local legend as the final resting place of Noah’s ark.

At least 130,000 more people, many from the Yazidi stronghold of Sinjar, have fled to Dohuk, in the Kurdish north, or to Irbil, where regional authorities have been struggling since June to deal with one of the biggest and most rapid refugee movements in decades.