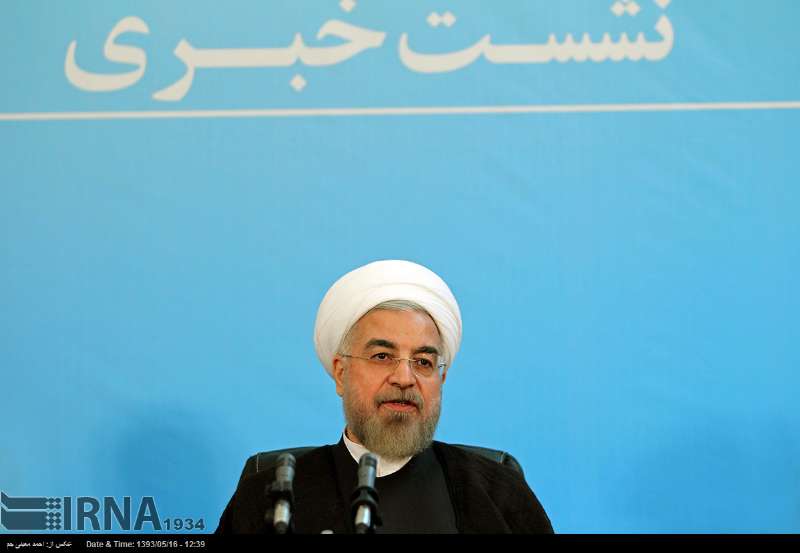 ˈNo one can disgrace the clean governmentˈ: President

Shahr-e Kord, Chaharmahal and Bakhtiari Prov, Aug 7, IRNA – President Hassan Rouhani said here on Thursday morning that ˈno one can disgrace the clean administration by accusing it of rent-seeking behaviorˈ.

Addressing the administrative council meeting of this southwestern province, he said such accusations cannot cover up their scandals.

In an indirect attack against the former government, the President reiterated that the corruption of the past years cannot be washed up by making a hue and cry.

ˈThe government believes that by rent-seeking, corruption, nepotism, factionalism and tribalism one cannot run the state affairs,ˈ the President noted.

Stressing the importance of telling the truth, President Rouhani urged people not to trust any rumours.

Praising the idea of resistance economy initiated by the Supreme Leader, he stressed that the idea is aimed at telling big powers that ˈeven they should not think about imposing sanctions on the Iranian nation and this is possibleˈ.

He emphasized that everything including the economy, politics, culture and security should be resitance oriented.

Lauding the governmentˈs foreign policy, he said the countryˈs relationship with its neighbors is far more better than the past. ˈThe relation is very much better with some neighbors, but it is still not desirable with one or two others. Our relations with many of our neighbors have become closer and better.ˈ