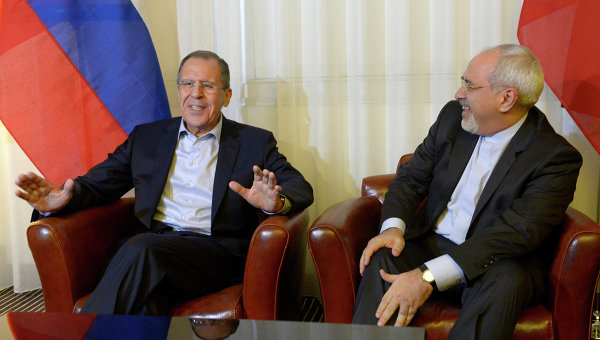 When negotiating with Iran, mind the Russians

Defining the size of Iran’s nuclear enrichment program has become a major sticking point in the negotiations between Iran and world powers expected to resume next month. The scale of this enrichment program, however, greatly relies upon undecided agreements between Tehran and Moscow on the long-term supply of nuclear fuel for the Russian-built reactors: a 1,000 Megawatt reactor already operating in Bushehr since 2012 and two other reactors that will likely be built on the same site if the talks between Russia and Iran conclude successfully.

The decision to build several reactors on the Bushehr site basically conforms to general practice in the nuclear industry, as it generates important economies of scale. Tehran justifies its controversial enrichment ambitions by noting its intention to use, in the medium-term, domestically enriched uranium in its reactors.

Iran has already stored around nine tons of low-enriched uranium, about a third of the quantity necessary to run a Bushehr-type reactor for a year, consuming in the process about 40,000 Separative Work Units (SWU, a type of energy unit in the field of uranium enrichment). If Iran preserves its present capacity of about 10,000 SWU per year, corresponding to the 10,000 or so first-generation centrifuges currently in operation, it will need about eight more years to produce enough low-enriched uranium to operate a Bushehr-type reactor for one year. This brings us to around 2022, when the present contract for the delivery of Russian fuel for the first reactor in Bushehr comes to an end. It would also be around that time, according to best estimates, that two new reactors would have to be fed with an initial load of fuel to start functioning.

However, using such a stockpile of domestic uranium for Bushehr assumes that it would initially be incorporated in fuel elements complying with Russian standards. This would require Russia’s agreement and its active cooperation as long as Iran does not master the corresponding know-how. At first, this cooperation could take the form of fabricating the fuel in Russia using low-enriched uranium provided by Iran. In the second stage, the Russians could help the Iranians build and operate a fuel fabrication plant on Iranian soil. As for the introduction of Iranian-made fuel elements in the Bushehr reactor, this would once again require the agreement and the cooperation of the Russians, who could otherwise rightly withdraw their guarantee on the safe operation of the reactor.

What will the origin of the nuclear fuel used in the operating Bushehr reactors be in, say, 2022? Moscow would like to supply the reactors with Russian fuel, as this would vastly enhance their economic benefits. But Tehran will want to use Iranian fuel in at least the first reactor, as this would justify the expansion of their enrichment capacities (it should be remembered that the Iranians, under the terms of the Joint Plan of Action, must demonstrate that the enrichment capacity they desire responds to “practical needs”). Ultimately, the Russians will have to respond at least partially to Iran’s expectations if they want to retain their chance to sell Tehran two new reactors.

Within this framework, a possible compromise could be, for example, entrusting the Iranians with the fabrication of fuel for the first Bushehr reactor and leaving the Russians to take care of the other two. A similar formula would let the Iranians produce about a third or fourth of the fuel necessary for the three reactors (after the initial loading of the second and third reactors) while the Russians maintained responsibility of the rest. This would compel the Iranians to reach an enrichment capacity of about 90,000 to 120,000 SWU per year by around 2022. Adding Iran’s needs for its research reactors would bring the total required capacity to approximately 100,000 to 130,000 SWU per year.

This last figure is somewhat below the 190,000 SWU per year put forward by Ali Akbar Salehi, head of the Iranian Organization for Atomic Energy, and quoted later by the Supreme Leader, but this discrepancy can probably be explained by different modes of calculation. Indeed, when one remembers that the production of highly enriched uranium for a nuclear explosive engine using the implosion method requires no more than 5,000 SWU, variations of capacities beyond 100,000 SWU per year are no longer relevant in terms of non-proliferation.

Of course, Russia could refuse to allow Iran to manufacture even part of the Bushehr fuel. This would greatly benefit the Americans and the Europeans, who would be happy to deprive Iran of arguments for developing a significant enrichment capacity. But in doing so, Moscow would likely forego the opportunity to sign a contract with Iran for the construction and operation of the two additional Bushehr reactors, which would result in a big loss for its nuclear industry.

On the other hand, if Russia were to announce its readiness to share the fuel fabrication process for Bushehr with Iran, that would be enough to validate Tehran’s view of its “practical needs” and justify an Iranian enrichment capacity of about 10,000 SWU per year for 6 or 7 years, eventually increasing to 100,000 and beyond. In this case, Western powers would find it extremely difficult to convince Tehran to limit its capacity to a few thousand first-generation centrifuges, corresponding to a capacity of 4,000 to 6,000 SWU — a long-sought goal.

All in all, one has to face the fact that Russian and Western interests diverge on the core issue of Iran’s enrichment capacity. If the Americans and Europeans want to keep the P5+1 unified, they should be especially thoughtful when considering Moscow’s dilemma in its bilateral trade negotiations with Tehran. Perhaps most importantly, these powers should prevent other subjects of contention, such as Syria or Ukraine, from interfering with the negotiations as a whole.

This article was written by François Nicoullaud for the Lobe Log on AUG. 5, 2014. François Nicoullaud’s diplomatic career (1964 to 2005) brought him to New York, Chile, Berlin, Bombay, and finally to Budapest and Tehran as French ambassador.