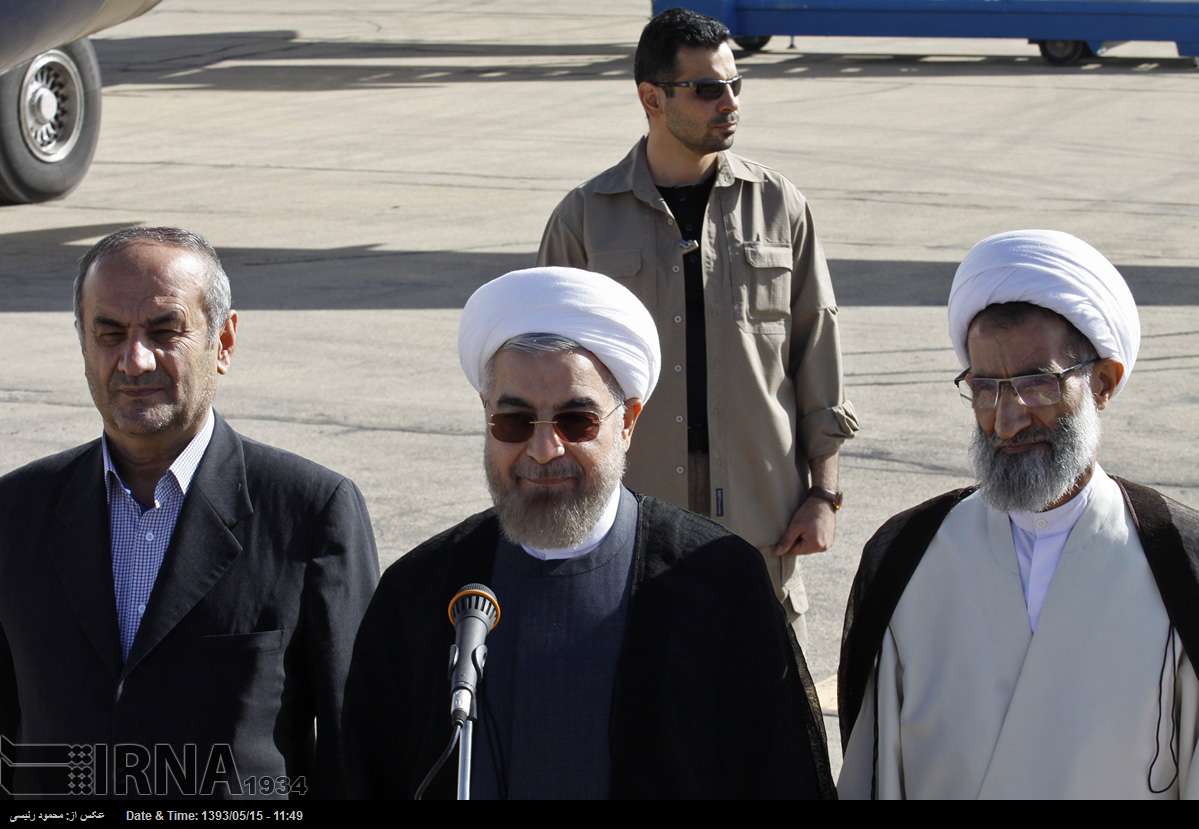 At his 6th provincial trip Rouhani went to Shahrekord and said that Iranians have resisted against the sanctions imposed upon the nation by west and that “Iranians have bravely showed ‘heroic leniency’ because any ‘humiliating leniency’ is prohibited.”

“Based on Islamic teachings and tradition we negotiate and achieve our goals and rights by the help of God,” said he talking about the talks on Tehran nuclear program between Iran and G5+1.

Rouhani reiterated that ‘sanction and threat’ would not affect Iranians and the country is more stable today. “This country never surrenders before imperialism or tyranny,” added he.

Furtehr he pointed to the matter of water and drought in Iran and said that 11th cabinet planned for constructing dams.

Rouhani went on talking about ongoing war in Gaza and Palestinian resistance, “Gazans will gain victory and Iranians will and have always stayed besides all the oppressed people in Iraq, Lebanon, Syria and Palestine.”

“Iranian nation is always prepared to sacrifice for not only the country’s interests, but also for benefits of the whole Muslim world,” said he.

In the visit Rouhani hoped for further development and prosperity for the people of this western country province.

Rouhani and his cabinet will meet with the local government officials and elites, parliament representatives and major personalities of the provinces. Furthermore, the government would make more informed decisions when closely studying the region or province.

The four first visits of the Rouhani cabinet were all to the border provinces for they are the most deprived provinces. Later Rouhani lead the cabinet in its 5th such visits that time in Lorestan province.