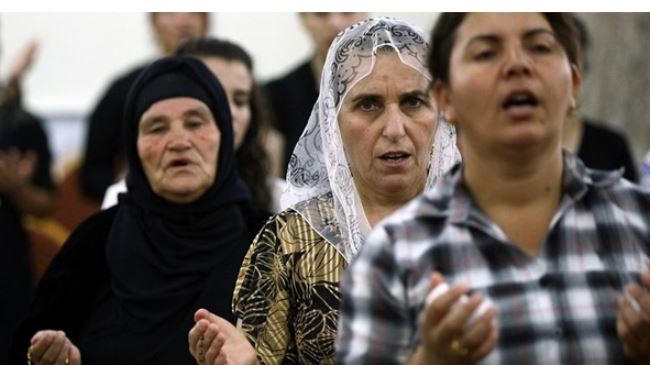 The Iranian ambassador to Baghdad says the Islamic Republic is ready to render help to Iraqi Christians displaced by ISIL terrorist group.

In a Tuesday meeting with Younadim Kanna, the leader of al-Rafidain bloc representing Iraqi Christians in the Iraqi Parliament, Hassan Danayifar voiced Iran’s readiness to help alleviate the problems and sufferings of Christians displaced from Mosul in northern Iraq.

He expressed regret over the ongoing violence at the hands of ISIL terrorists against Iraqis, including Christians, and offered condolences to them.

“Iran is ready to lend necessary aid, including the treatment of wounded people, [to Iraq] to allay the sufferings and problems of displaced Christians,” the diplomat said.

Thousands of Iraqi Christians have been forced out of their homes in the city of Mosul following an ultimatum by the ISIL terrorists to them to convert to Islam, pay taxes or face death.

ISIL militants took control of Mosul in a lightning advance on June 10, which was followed by the fall of Tikrit, located 140 kilometers (87 miles) northwest of the capital, Baghdad. Tikrit has been reportedly retaken by the Iraqi army.

The militants have since been controlling some areas in northern and northwestern Iraq, committing crimes in those areas including mass execution of civilians as well as army troops and officers.