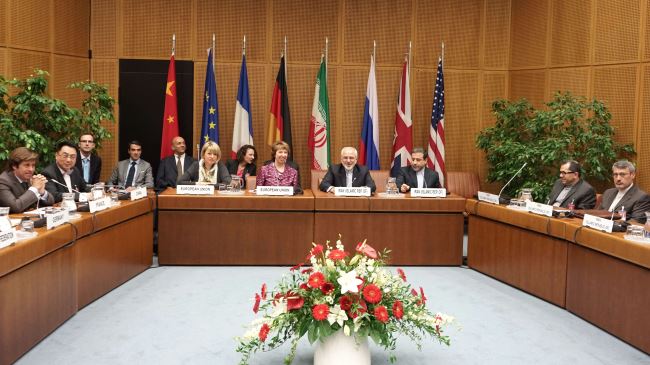 Representatives of Iran and the five permanent members of the UN Security Council plus Germany attend a meeting at the UN headquarters in Vienna on July 3, 2014.

“The exact timetable and venue of the next round of talks between Iran and the P5+1 group have not been determined yet; but the talks are certain to continue,” Afkham said during her weekly press briefing on Wednesday.

Asked if the two sides will be meeting in September, she said, “We might even have negotiations sooner than this date.”

Seyyed Abbas Araqchi, Iran’s deputy foreign minister for legal and international affairs, had said earlier this week that representatives of Iran and the Sextet are likely to meet on the sidelines of the UN General Assembly session in New York in late September.

Iran and the five permanent members of the UN Security Council – the US, France, Britain, Russia and China – plus Germany are seeking to reach a final agreement over Tehran’s nuclear energy program.

The negotiating sides clinched a landmark interim deal in Geneva, Switzerland, on November 23, 2013. The agreement took effect on January 20 and expired six months later on July 20.