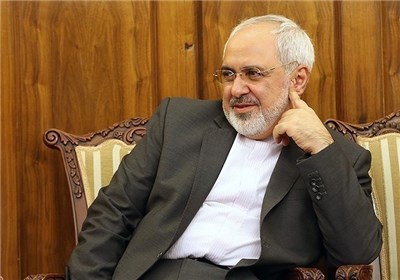 “The Islamic Republic of Iran can play a special role in the transit of goods from the Persian Gulf to the Central Asia,” Zarif said, addressing the quadripartite ministerial meeting of Iran, Oman, Turkmenistan and Uzbekistan in Muscat, Oman, on Wednesday.

“Due to its vast transportation network and efficient transportation fleet as well as its share land and sea borders with 15 regional countries and the existence of huge infrastructure and resources, Iran has a special status in the transit of goods,” the Iranian foreign minister said.

He noted that implementation of a transit agreement between Iran and the Central Asian countries will pave the way for further cooperation among the four nations.

“In view of its unique geographical position, this region has always been an important path for the transit of goods all throughout the history, while the need for transportation…has been on increase each day,” the Iranian foreign minister said.

Zarif underlined that the geographical and unique situation of the aforementioned states as a key location in international trade corridors will bring them many advantages through transiting goods.

Zarif arrived in Muscat earlier today to take part in the quadrilateral ministerial meeting of Iran, Oman, Turkmenistan and Uzbekistan which are resolved to expand their trade ties through the North-South Corridor.The top Iranian diplomat attended the inauguration ceremony of the North-South Corridor, which facilitates transportation of goods from Central Asia to the Persian Gulf via Iran.

The North-South Corridor links Uzen in Kazakhstan to Gyzylgaya-Bereket-Etrek in Turkmenistan and ends at Gorgan in the Iranian province of Golestan. It is connected to Iran’s national rail network, making its way to the Persian Gulf ports.