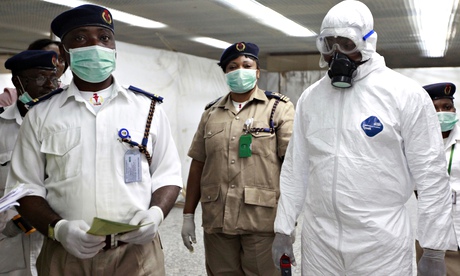 Nurse and five other people now battling the virus had helped care for Liberian-American Patrick Sawyer, who died from Ebola

A nurse who treated Nigeria’s first Ebola victim has died of the virus in Lagos as five new cases of the highly lethal disease were confirmed in Africa’s most populous nation.

The nurse had helped care for Patrick Sawyer, a 40-year-old Liberian-American civil servant who last month visited from Liberia, one of three countries in the region hit by the world’s biggest epidemic. The five new cases are believed to be other health workers who came into contact with Sawyer, who died within days of his arrival.

The total death toll from the Ebola outbreak has now risen to 932 after another 45 patients died between 2 and 4 August, the World Health Organisation said.