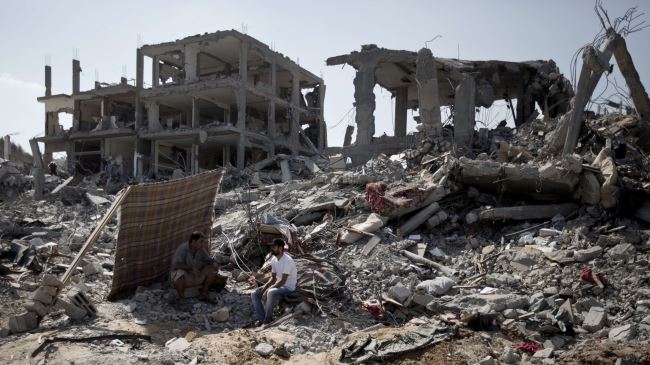 100s of Italians urge Nuremberg-like trials for Israel over Gaza

Hundreds of Italians have signed an online petition slamming Tel Aviv’s onslaught on the besieged Gaza Strip and calling for a Nuremberg-like trial to prosecute the Israeli regime over its war crimes in the Palestinian territory.

The document urges an international tribunal, similar to the Nuremberg Trials that the Nazi criminals faced, for Israel’s brutal actions, including the “slow genocide” of the Palestinians and a massive “destruction” of infrastructure in Gaza.

Signed by 525 Italians, the petition titled “Noi Accusiamo (We Accuse),” was published on the academic website, Historia Magistra, and the online edition of Il Manifesto newspaper.

The signatories of the petition, mainly academics, say the United States and the European Union (EU) support Tel Aviv’s atrocities against the Palestinian people and criticize Washington for its failure to stop Israel.

The activists also slam Western media for painting the events in Gaza in the wrong light in order to justify the Israeli regime’s offensive on the densely-inhabited sliver.

Over the past four weeks, people have been holding massive demonstrations in different countries across the world, including a number of European states, in support of the innocent Palestinians.

The Israeli regime’s 29 days of relentless offensive against Gaza has claimed the lives of at least 1,875 Palestinians, including 430 children, and wounded over 9,600 others.

A 72-hour humanitarian truce between the Palestinian resistance movement of Hamas and Israel took effect at 8 a.m. (0500 GMT) on Tuesday.