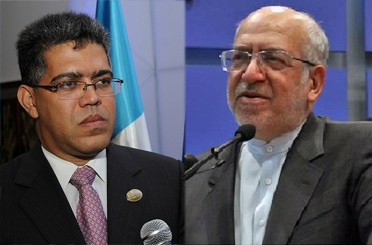 TEHRAN, Aug. 05 (MNA) – Iran’s minister of Industry, Mine and Trade has expressed hope for new agreements to boost industrial and economic cooperation with Venezuela.

Mohammad Reza Nematzadeh and Venezuelan FM Elias Jaua in a meeting in support of Gaza discussed ways for more joint economic cooperation between the two countries.

Jaua emphasized on expansion of economic ties between the two countries and hoped for expansion of ties to political levels and this is agreed with both capitals.

Ministers of the two countries planned to hold a meeting with the joint economic cooperation commission in September in Venezuela’s capital city of Caracas.