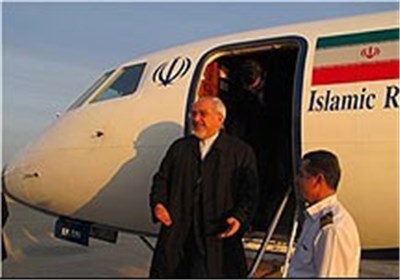 Along with Zarif, foreign ministers from Oman, Turkmenistan and Uzbekistan are expected to attend the meeting in Muscat.

During his stay in the Omani capital, the top Iranian diplomat will reportedly hold separate bilateral meetings with his counterparts from the three nations.

An agreement on the establishment of the international transport and transit corridor was signed in Turkmenistan’s capital of Ashgabat in April 2011.

The new corridor will allow the Central Asian nations to have access the Persian Gulf ports via an optimal route.

Meanwhile, Times of Oman reported on Monday that foreign ministers of the four countries will gather in Muscat on Wednesday to discuss the agreement on the establishment of the international corridor.