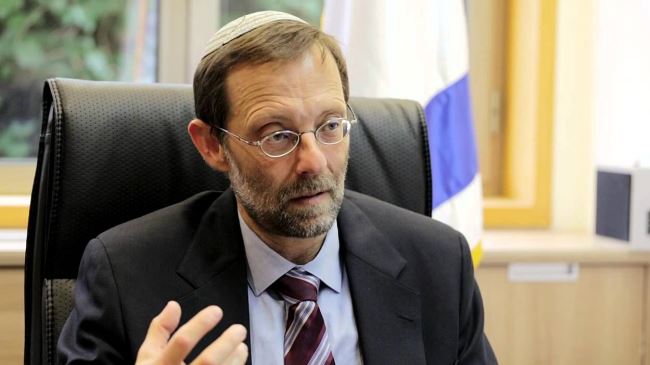 Israeli Knesset’s deputy speaker Moshe Feiglin has called for the “annihilation” of the Palestinian territory of the Gaza Strip.

Feiglin, who is also a member of Israeli Prime Minister Benjamin Netanyahu’s ruling Likud Party, wrote about the plans in a post on his Facebook page at the weekend, the British Daily Mail reported on Monday.

The Israeli official also called for “the conquest of the entire Gaza Strip.” He spoke of plans for the destruction of Gaza, which would include expelling residents and shipping them across the world.

Feiglin also wrote about his plans in a letter addressed to Netanyahu, in which he said he wanted the measures to be enforced as soon as possible.

In the letter, Feiglin said he wanted Israeli military forces to find areas on the Sinai border to set up “tent encampments… until relevant emigration destinations are determined.” Furthermore, he wants Gaza’s electricity and water supplies to be disconnected before shelling the besieged area “with maximum fire power.”

The Israeli forces would then “exterminate” resistance centers and Israeli law would be extended to cover the entire Gaza Strip and “the city of Gaza and its suburbs will be rebuilt as true Israeli touristic and commercial cities.”

The Israeli military launched its recent offensive against the Gaza Strip on July 8. At least 1,867 Palestinians, including around 430 children, have so far been killed and over 9,500 others injured during the onslaught. Tel Aviv says 64 Israelis have been killed in the war, while Hamas puts the number at more than 15