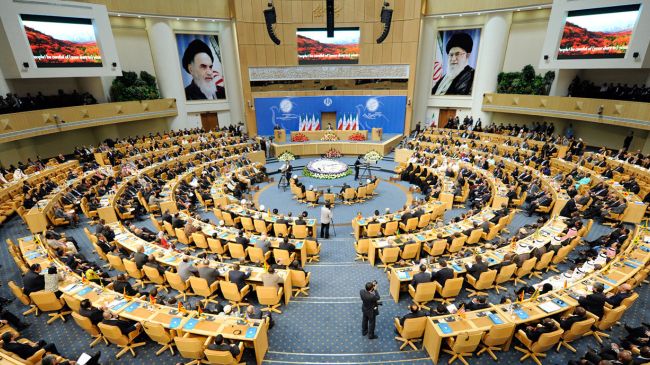 A foreign ministerial meeting of the Palestine Committee of the Non-Aligned Movement (NAM) has opened in the Iranian capital, Tehran, to discuss ways to stop the relentless Israeli onslaught against the Gaza Strip.

The day-long event kicked off Monday morning with an opening speech by Iranian President Hassan Rouhani.

The meeting which focuses on Israel’s ongoing massacre of Palestinians in Gaza brings together delegates from 40 countries.

On Sunday, Zarif called on the international community to act and put an immediate end to the ongoing Israeli attacks on Palestinians in Gaza.

He said that the crimes committed by the Israeli regime in the blockaded enclave should be pursued by the International Criminal Court in The Hague and the UN Human Rights Council.

Over 1,820 Palestinians have so far been killed and some 9,400 others injured since the Israeli military first launched its offensive against the Gaza Strip on July 8.

Latest figures show Israeli raids have claimed the lives of about 400 children. Children also make up one third of the wounded Palestinians, according to Gazan Health Ministry sources.