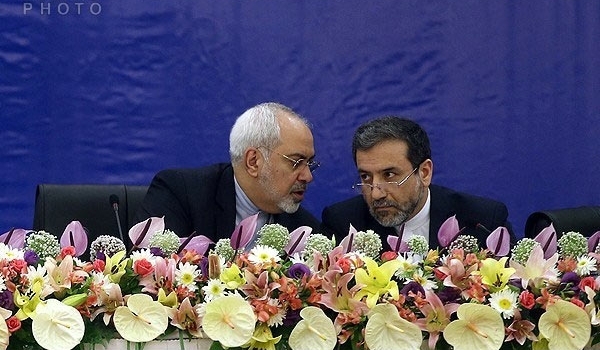 TEHRAN (FNA)- An Iranian deputy foreign minister said on Monday Tehran is resolved to dispatch humanitarian aid to the displaced people in the Gaza Strip and is in close contact with Cairo to pave the way to this end.

“Sending humanitarian aid to Gaza must be coordinated with the International Committee of Red Cross (ICRC) and the Egyptian government, but the permissions needed to do so have not been issued thus far,” Seyed Abbas Araqchi told reporters at the end of a one-day emergency meeting of the Non-Aligned Movement (NAM) Palestine Committee in Tehran on Monday.

The foreign ministers of NAM kicked off an emergency meeting of the block’s Palestine Committee in Tehran on Monday to discuss the aggravating conditions of the people in the Gaza Strip.

The one-day meeting of the NAM’s Palestine Committee was also addressed Iranian President Hassan Rouhani. 50 NAM member states had sent their representatives to Tehran to participate in the meeting, 8 of them at ministerial level.

The NAM is a group of states which are not formally aligned with or against any major power bloc. As of 2012, the movement has 120 members and 17 observer countries.

The Palestinian death toll in Israel’s onslaught on Gaza has now reached nearly 1,822, with over 10,000 people injured. Most of the casualties have been civilians, including a large number of women and children.