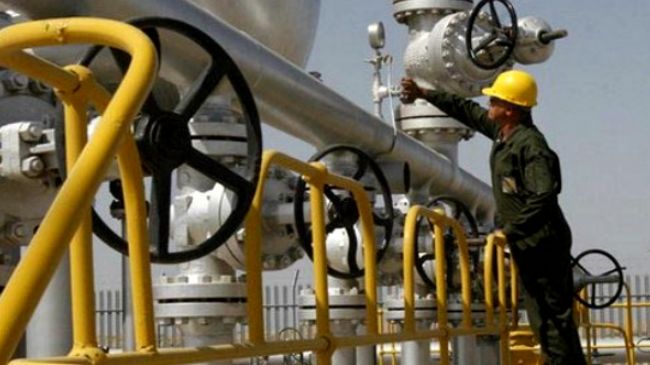 An Iranian technician is working on an oil installation. (File photo)

Iran is in negotiations with several Arab and Asian countries to sign new oil contracts in the near future, an Iranian energy official says.

In a Sunday interview, Mohsen Qamsari, the director for international affairs at the National Iranian Oil Company (NIOC) noted that following the extension of Iran’s nuclear deal with the five permanent members of the UN Security Council – the United States, France, Britain, Russia and China – plus Germany in July, Tehran will sign new contracts to export oil products, including diesel fuel, light and heavy naphtha, liquefied natural gas and fuel oil to different Asian countries.

In July, Iran and the six countries agreed to the extension of their negotiations over Iran’s nuclear energy program until November 24 in an effort to achieve a permanent nuclear deal.

Meanwhile, Iran has finalized a deal for exporting crude oil to a Chinese refinery and exporting diesel fuel to Afghanistan, Qamsari said.

Moreover, conclusion of Iran’s agreement for exports of diesel fuel to Iraq is in final stages and the country is considering other contracts to export liquefied gas, light and heavy naphtha and fuel oil to the Persian Gulf littoral states, Iraq, Pakistan and Afghanistan in the current year, the official pointed out.

World oil giants, including Royal Dutch Shell, British Petroleum (BP), Malaysia’s Petronas, Spain’s Repsol, Russia’s second largest oil producer, Lukoil, France’s Total and Italy’s Eni, have shown interest in returning to the Iranian market following the easing of sanctions against Iran in light of the implementation of Tehran’s interim nuclear deal, which was achieved by Iran and the six countries in November 2013.