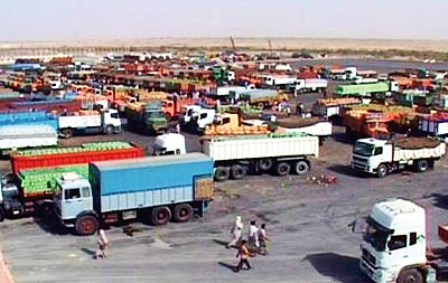 Khalil Heydari told IRNA that Iranian exports to Iraq were halted in the past three days due to celebrations marking Eid al-Fitr, end of fasting month of Ramadan.

He said that merchants and traders can export their goods through this terminal as they did before.

Mehran border terminal, 85 km southwest of Ilam, was reopened in 2003 after the downfall of Saddam Hosseinˈs regime.

Iran exported around $1 billion worth of commodities to Iraq through this terminal last year.

Iran has also exported 840,000 tons of goods, worth $332 million via Mehran terminal to Iraq since the beginning of current Iranian calendar year (began on March 20).