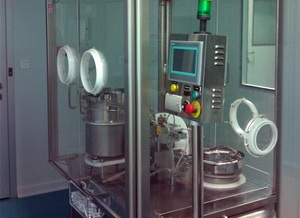 Iran only second to US in slow drug delivery technology

TEHRAN, Aug. 03 (MNA) – Islamic Republic of Iran is only second to the US in developing slow drug delivery technology.

Researchers had conducted projects to develop slow drug delivery technology, thus helping patients in need of daily injection of drugs through providing their body tissues with amounts of drug enough for 3 months using the technology.

The ‘grand plan,’ as researchers called the project, launched by the Center for National Grand Plans of the President’s Science and Technology deputy, allows patients in need of repeated injections of drugs with the advantage of delivery of drugs in one single injection. The plan eliminates the frequent referrals to hospitals to do injections, thus ruling out the incurring costs of the referrals.

“We have meetings with the Ministry of Health to limit the imports of the technology to boost the domestic production and export,” he added.

Dr. Mobedi also said that an assembly line of the slow drug delivery technology would be installed in the Technology Park of the President’s Science and Technology deputy according to the latest EU standards, which he believed would be among the best 10 assembly lines of the country in pharmaceutical industry. However, he said that to find footholds in global markets, “we need investments and support from private and public sectors.”

“The assembly line would provide jobs for 42 people and many other positions in downstream related industries,” he added. Iran only second to US in slow drug delivery technology.