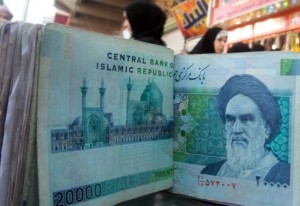 Iran’s media, in a sign of support for President Rouhani, are proclaiming that economic success is on the way following the presentation of the Government’s economic proposals.

State news agency IRNA says delivery of the economy from “stagflation” — inflation combined with stagnancy, including high rate of unemployment — is a “clear exit strategy” of the policies, unveiled last week.

It notes that some of those policies, including management of the National Development Fund and use of revenues, still require approval. However, anticipating that approval — and perhaps encouraging it — IRNA casts a favorable light on actions for industry, housing, and banking and finance.

The Tehran Times presents an overview of the policies, emphasizing macroeconomic steps and initiatives with business and the financial sector to stimulate the economy. The site also hails investment in roads and public transport, boosting of exports of gas and petrochemicals, and development of oilfields.

The Rouhani Government inherited an economy in crisis last August after years of mismanagement by the Ahmadinejad Administration, coupled with the effects of sanctions.

The Government has brought inflation down from more than 40% to about 25% and has stabilized the currency. However, it still faces a high unemployment rate, especially among young adults, and significant restrictions on Iran’s energy and financial sectors.

Last week Economy Minister Ali Tayebnia, who has pledged to bring inflation down to single digits, warned of the challenge ahead. He said the Government still has a debt of about 250 trillion Toman (about $100 billion) because of the Ahmadinejad years.