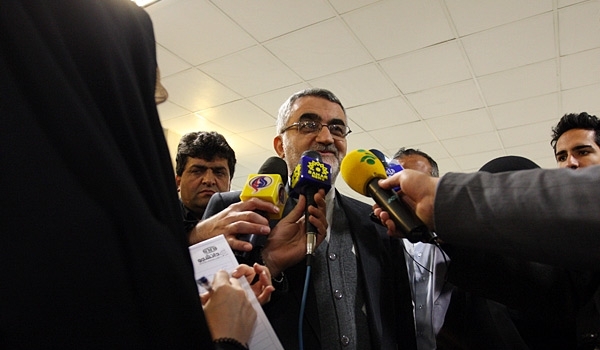 TEHRAN (FNA)- Senior Iranian parliamentary officials vowed that the country would not allow its ballistic missile program to become an agenda of the nuclear talks between Tehran and the Group 5+1 (the US, Russia, China, Britain and France plus Germany).

“The US should know that the issue of Iran’s missiles will never be put on the agenda of the negotiations with the G5+1,” Chairman of the parliament’s National Security and Foreign Policy Commission Alaeddin Boroujerdi said on Saturday.

“The missile issue is one of Iran’s inalienable rights and is in no way related to the US or any other country,” reiterated the influential lawmaker.

Boroujerdi referred to the 8-year Iraqi-imposed war on Iran (1980-1988) when the US and other western states rendered massive arms and military aids to Saddam Hussein’s regime, and said, “This (missile) capability will be further developed as a strategic and defensive policy to prevent imposition of another war on the Iranian nation.”

US officials have stated several times that they intend to include Iran’s ballistic missile technology in the nuclear talks, while Tehran has repeatedly stressed that it would not allow inclusion of any other topic in the negotiations but those related to its nuclear program.

Iranian Foreign Minister Mohammad Javad Zarif had also stressed earlier that Iran’s defensive missiles is no topic for the ongoing negotiations between Tehran and the sextet of powers.

“It will be wrong to assume that the only application of Iran’s defensive missiles that have not and will not be the subject of any negotiations is carrying unconventional weapons,” Zarif said in a joint press conference with his Austrian counterpart Sebastian Kurz in Tehran earlier this year and in response to a question by an Austrian reporter who asked if Iran did not have a nuclear weapons program then why it produced ballistic missiles which have Europe within their range.

The Iranian foreign minister underlined that such wrong assumptions were based on certain media hypes.

Zarif reiterated that the Iran-world powers talks would never deal with subjects other than the nuclear issue.

“Iran’s nuclear program will always remain peaceful and in this case no one can claim that Iran’s missiles will carry nuclear weapons, because Iran does not produce nuclear weapons to be carried by missiles or any other delivery system,” the Iranian foreign minister said.

In February, Zarif dismissed media reports that Tehran and the Group 5+1 would discuss Iran’s missile program in their talks in Vienna, and said the country’s nuclear program has no military dimensions.