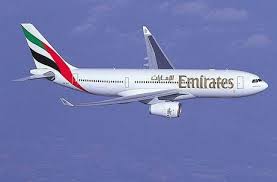 Official: Number of passing flights through Iranian airspace to increase

The number of flights by the UAE’s Emirates Airline through the Iranian airspace will increase after Ukraine closed its airspace following the crash of Malaysia’s MH17 flight, Deputy CEO for Aeronautical Operations at Iran Airports Company (IAC) Ebrahim Shoushtari announced on Saturday.

Senior Iranian parliamentary officials vowed that the country would not allow its ballistic missile program to become an agenda of the nuclear talks between Tehran and the Group 5+1 (the US, Russia, China, Britain and France plus Germany).

Iran has imported 95 million liters of euro-4 gasoline in less than a month, a deputy head of National Iranian Oil Refining and Distribution Company (NIORDC) said.

President Hassan Rouhani and his cabinet members will visit the southwestern Chaharmahal and Bakhtiari Province on August 6-7, it was reported here on Saturday.