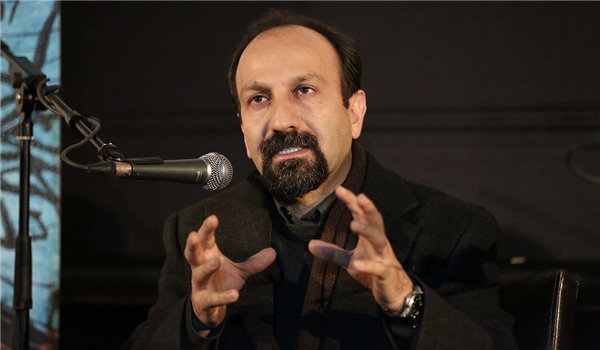 “The Zionist regime thinks that no one but itself is entitled to living and that others should be killed; their behavior is dictatorial,” Farhadi said, addressing the Iranian artists who had come to Tehran’s blood transfusion center on Saturday to donate blood to the Palestinian people in Gaza.

“Today many people support the people in Gaza and the world can no more keep mum about such crimes and avoid showing reaction,” he added.

Farhadi expressed the hope that the massacre of the Palestinian people would end immediately.

The Palestinian death toll in Israel’s onslaught on Gaza has now reached nearly 1,650, with 9,000 people injured. Most of the casualties have been civilians, including a large number of women and children.

Meantime, over 400,000 of Gazans, nearly one out of four, have been displaced as a result of the recent aggressions of Tel Aviv’s forces against the besieged enclave.