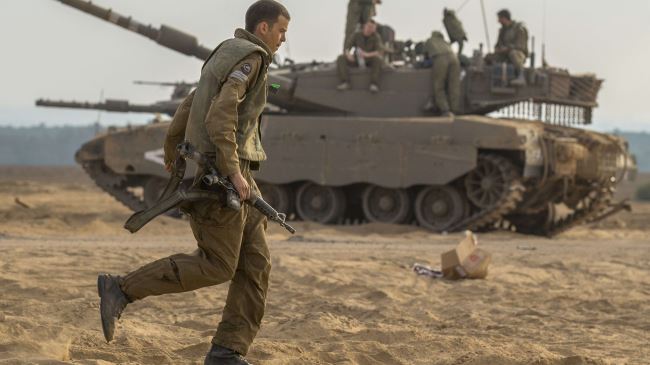 Hamas says Israeli soldier may have been killed

An Israeli soldier runs in front of a tank on the southern border with Gaza, on August 1, 2014.

Palestinian resistance movement Hamas has denied capturing an Israeli soldier, saying the missing trooper might have been killed in an Israeli airstrike.

Qassam Brigades, the Hamas military wing, said in a Saturday statement that it “has no information on this soldier.”

“We have lost contact with one of our combatant groups, which was fighting in the sector where the soldier went missing and it is possible that our fighters and this soldier were killed,” it added.

On Friday, Israel accused Hamas of capturing one of its soldiers, later identified as Hadar Goldin, and began heavy bombardment of Gaza.

Friday’s escalation came after Israel abruptly ended a 72-hour humanitarian ceasefire with Hamas only a few hours after it began.

The Palestinian death toll in Israel’s onslaught on Gaza has now reached nearly 1,650, with 9,000 people injured. Most of the casualties have been civilians, including a large number of women and children.

Israeli warplanes have been pounding numerous sites in the Gaza Strip since July 8. The Israeli military also launched a ground offensive against the impoverished Palestinian land on July 17.