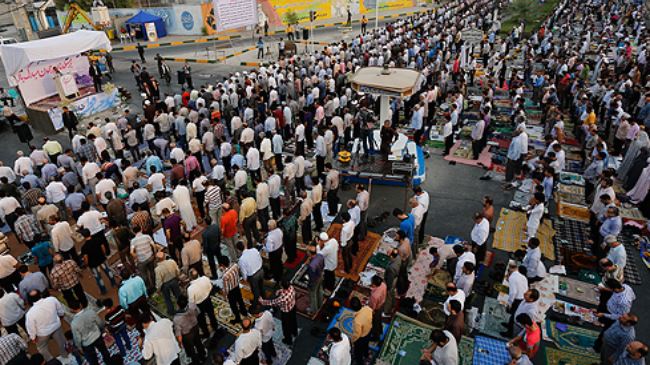 Millions of Iranians along with other Muslims in numerous countries are celebrating Eid al-Fitr, a joyous feast which marks the end of the Muslim fasting month of Ramadan.

Shortly after the sunrise on Tuesday, Iranian people turned out en masse throughout the country to take part in the occasion’s special communal prayers.

The Leader also made an address to the large crowd of people following the prayers.

In a Monday message, Iranian President Hassan Rouhani extended his felicitations to the heads of state and people of the Muslim countries who observed the occasion on Monday.

The first day of the month of Shawwal on the lunar calendar is called Eid al-Fitr, which is decided when the first crescent of a new moon is sighted. During the Eid, Muslims attend communal prayers, listen to sermons and give Zakat al-Fitr or donations to the poor.