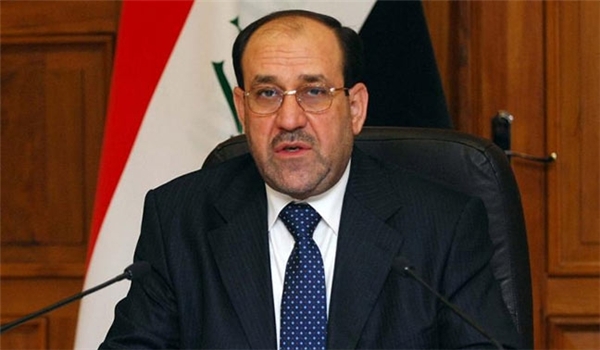 An informed source told the Iraqi Sumeriya news website that Masum is seeking to inform Maliki of his decision soon.

The State of Law Coalition managed to win 92 parliamentary seats in the recent elections.

Earlier this month, the Iraqi State of Law Coalition reached consensus on Nuri al-Maliki’s premiership for a third term.

“An unofficial consensus on candidacy of Al-Maliki for the post of prime minister has been reached,” a source close to the State of Law Coalition, who asked to remain anonymous, told FNA.

Earlier this month, Ayatollah Sistani called for faster steps by the Iraqi officials to form a new government within the framework of the constitution.

In a statement read by his representative in the Southern city of Karbala Seyed Ahmad Safi, Ayatollah Sistani asked the political streams to increase efforts to save Iraq from the current crisis as soon as possible, al-Iraqiya TV channel reported.

The Iraqi religious leader also voiced regret over the parliament’s failure in electing a speaker and his deputies.