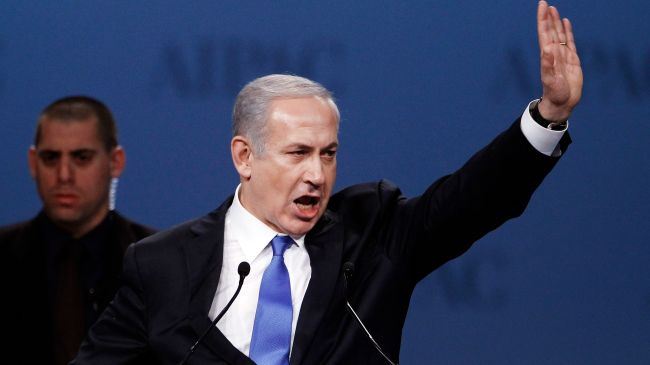 Press TV has conducted an interview with Joe Catron, International Solidarity Movement, from Gaza, to discuss the situation in occupied Palestine.

Press TV: Your take on that same question, Mr. Joe Catron – the devastation that we saw today with the video coming in from our correspondent in Al-Shejaeia, the Gaza area that was devastated, was really beyond words. How is this allowed to happen time and time again and even now in 2014?

Catron: I think Israel has faced complete impunity for very similar crimes in the past. What we’re seeing its military forces do now in areas like Kuza and Shejaeia is very reminiscent of previous ethnic cleansing campaigns like the Naqba in 1948 and the Naqba of 1967.

I spent extensive time in both Shejaeia both prior to the Israeli onslaught there when I was staying at al-Wafa hospital as part of an international presence, and I’ve returned to it since now that it’s been reduced to rubble.

It seems pretty clear to me that Israel is attempting to make these regions along the eastern area of the Gaza Strip uninhabitable for years to come. This is something that it did with complete impunity in 1948, turning thriving villages, lands and now claims in 1948 occupied Palestine into barren dessert which have been transformed, turned into forests. These villages are now under forests often owned by the Jewish National Fund.

It’s nothing new that we’re seeing here. The designs may be a little different this time. There’s been a bit of speculation of how far from these lands that its ground forces have reoccupied Israel tend to withdraw. I would not care to speculate on that but it does seem clear that they are trying to make it impractical for any human presence to exist there for some time.

Press TV: When we look at the situation that is taking place it appears in the past if we start with the PLO or the PA and whenever there was basic talks in trying to negotiate with Israel, basically nothing has come about it, at least for the Palestinian side.

We have now actually the leader of the Islamic Revolution in Iran, Ayatollah Khamenei, we also have the leader of Hezbollah in Lebanon, Seyyed Hassan Nasrallah, saying resistance is the only way to deal with Israel. Tell me your take on that, is there a way to negotiate with Tel Aviv?

Catron: As a solidarity activist, I’m reluctant to tell Palestinians what their strategies should be. I simply don’t feel that is my place.

But objectively speaking I think we can look at 20 years of the negotiating process and see that it has simply produced mounting losses for Palestinians.

The Palestinians went to the table starting sometime before the Oslo Accords which began in 1993 and were finalized in 1994. In return for the acquiescence to Israeli demands they’ve seen nothing but the theft of more lands, the construction of more settlements, the detentions of more prisoners and the killings of many, many more Palestinians, over 1,000 in the past few weeks alone.

At this point I think increasing numbers are arriving at consensus that the negotiating process as it has existed up until now is a dead end, and there isn’t much to be hoped for in reviving it.

Press TV: Have you seen an Israeli government that the Palestinians were able to negotiate with? Do you think that that is possible being if we look at history and what experience has shown the Palestinians?

Catron: It’s true that Israeli governments change; however, their policies towards Palestine and the Palestinians for the most part never do. We have yet to see a single Israeli government that I’m aware of that would even take such a basic step as freezing the construction of the West Bank settlements.

This is a basic demand of the international community. Every other country considers these settlements a violation of the Fourth Geneva Convention, and a war crime under international humanitarian law. Every other Israel government has continued to build them.

And that’s not reaching the level of aspirations of Palestinians such as the right of return or equal rights for Palestinians with Israeli citizenship living in the lands occupied in 1948.

While the political winds may shift from time to time in Israel, on this side of the separation barrier it always looks about the same.

Press TV: There was one [Facebook] comment dealing with Press TV’s coverage in not dealing with Boko Haram terrorist group in Nigeria, and of course the Islamic Republic of Iran being one of the main victims of terrorism always condemns terrorism in the world wherever it takes place, and also in Nigeria it condemns what is happening in Nigeria and the Boko Haram group in general…

When we look at the situation we have viewer after viewer basically saying it is the United States that ultimately bears responsibility for this because if it wasn’t for Washington’s support Tel Aviv could not do what they do and the way they do – your take, sir.

Catron: I think that’s fair to a certain extent. It’s indisputable that Israel’s crimes here proceed with Washington’s acquiescence. The Israeli military is heavily funded by the American government to the tune of three billion dollars a year, a figure many of us know, and a number of its weapons are also supplied by American manufacturers.

At the time I think the focus on the United States can be a little too exclusive. America does not operate in a vacuum and it’s able to do what it does only because it has not paid any price for it up until now.

In the 1970s, we know America paid a price for its support for Israel when the Organization for Petroleum Exporting Company boycotted it in response to its support.

Today it faces no organized sanctions and nothing more substantial than the occasional statement which rarely even mentions it in particular. They only target Israel. That’s only speaking of the Arab bloc of countries.

In Europe the situation is even worse. Many of them do just as much to support Israel as much as the United States, with the exception of direct aid. There’s a little bit of that from Germany but not quite as much.

I do think it’s fair, I think America should be condemned for its role here. But I think if we condemn America exclusively we may run the risk of losing site of a bigger picture that’s also important.

Press TV: Your take on what our guest has said, that basically this was the reason why they’ve given so much aid, to make sure that Israel doesn’t go in the direction of nuclear weapons and that they do not initiate any aggression on its neighbors?

Catron: There may be some validity into it. The reasons for the American Israeli relationship are many and the ratio between them is complicated. One other one, I think it’s also important to remember, is the Zionist lobby is simply one of the most powerful domestic lobbies in the United States. America’s support for Israel is not primarily, I do not think, a matter of its foreign policy interests but of domestic political pressures.

At this point, while there are many supporters of Palestine in the United States and are working to build a movement to counter that lobby, we have not quite reached a point where we could do so yet, but I do hope that it’s coming in the near future.