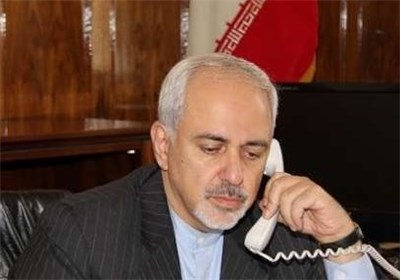 TEHRAN (Tasnim) – Iran’s foreign minister and secretary general of the Lebanese Hezbollah Resistance Movement emphasized the necessity for an end to Israel’s eight-year blockade of the Gaza Strip.

Both officials underlined that demands of people of Gaza should be met.

Making a reference to Supreme Leader of the Islamic Revolution Ayatollah Seyed Ali Khamenei’s emphasis on the need for supporting Palestine against the Israeli aggression, Zarif said President Hassan Rouhani has issued a “special order” to prop up the resistance movement and avert a “humanitarian catastrophe” in Gaza.

“The Islamic Republic of Iran supports the Palestinian people’s legitimate demands,” the minister pointed out.

Nasrallah, for his part, slammed Israel’s aggression against Gaza as “war crimes and crimes against humanity”.

He underlined that regional and international capacities should be employed to force the Tel Aviv regime to stop committing atrocities against Palestinians.

The Lebanese figure also praised Ayatollah Khamenei for his recent remarks in support of the anti-Israeli resistance front.

On Wednesday, the Supreme Leader described political support for the people of Gaza as a duty for all Muslim and non-Muslim nations.

On July 8, Israel launched air strikes on the Gaza Strip. After 10 days of bombardment of the enclave from the air and sea, the Israeli forces started a ground operation in the Gaza Strip.

The death toll from 20 days of Israeli onslaught on Gaza has reached around 1,200 and nearly 6,000 have been wounded.