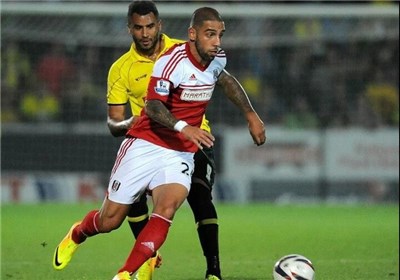 Ashkan Dejagah to join Al-Arabi of Qatar on Monday: Report

Fulham has received a £5 million bid for Dejagah from Al-Arabi. The player has one year left on his contract.

The 28-year-old player, who was voted as Fulham’s player of the year by fans, should play in the Championship following the London club’s relegation.

According to al-Sharq newspaper, Dejagah has met with Al-Arabi Romanian coach Dan Petrescu and will undergo a medical examination on Monday.

The Iranian – German spent five years at Wolfsburg before joining the Premier League team, making more than 150 appearances for the Bundesliga club.

Ashkan Dejagah was part of the Iranian football team in the 2014 World Cup in Brazil.