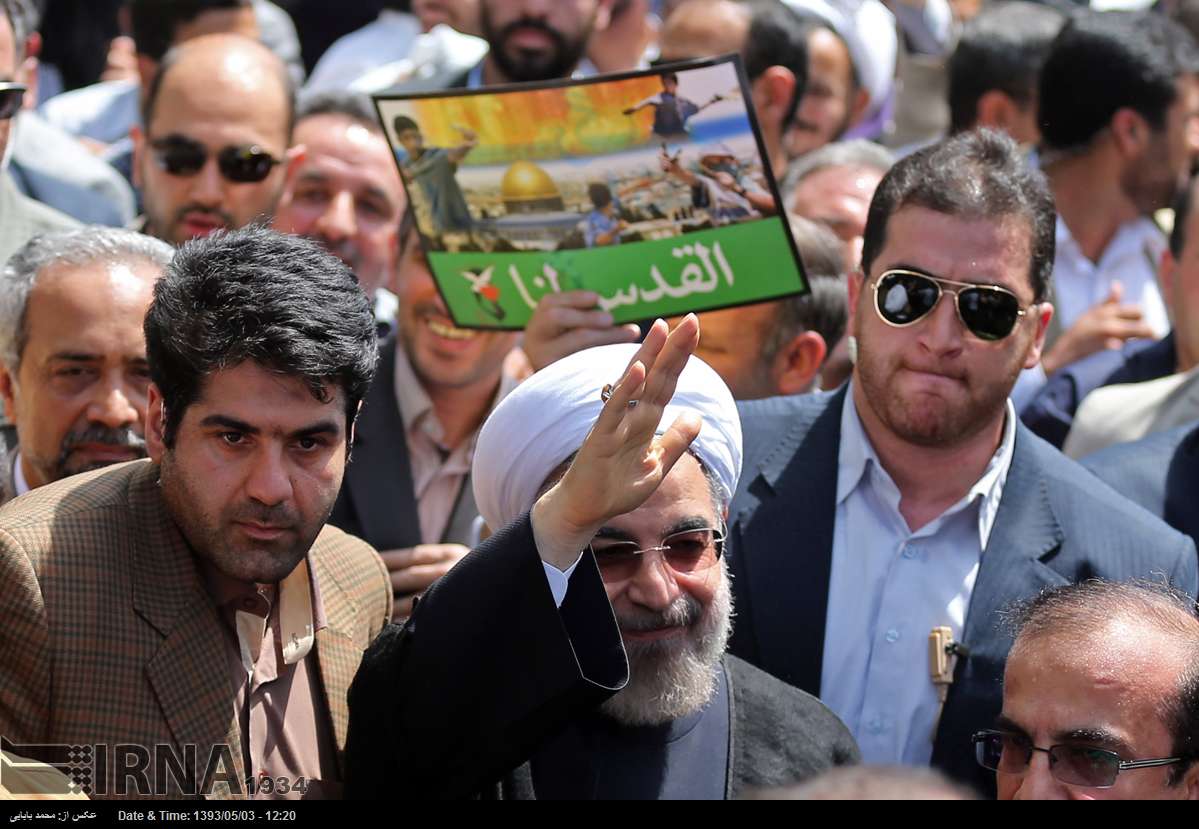 TEHRAN (Tasnim) – The international circles are not reliable bodies for restoring Palestinians’ rights, Iran’s President Hassan Rouhani said, adding that the Palestinian nation can restore their rights through unity and resistance.

Rouhani, who attended the massive rally in the Iranian capital of Tehran on the occasion of the International Quds Day on Friday, told reporters that there is no other way against Israel than “unity, resistance and steadfastness.”

He reiterated that Muslims need to stand united against the Zionist regime.

The president further referred to the Zionist regime’s atrocities in its 18-day offensive against the Gaza Strip, and said those who have remained silent over these crimes are going to be ashamed before history.

People in Tehran took to the streets in their millions on Friday morning to attend massive rallies to mark the International Quds Day and voice support for the Palestinian nation amid Israel’s continued onslaught on the besieged Gaza Strip.

The mass rallies in Tehran are held concurrently with the nationwide demonstrations to condemn the atrocities and crimes committed by Israel against people of Palestine.

The event’s overarching theme is support for the Palestinians and fierce denunciation of Israel.

This year’s rallies came against the backdrop of a massive Israeli onslaught on the besieged Gaza Strip.

Over 800 Palestinians have been killed and more than 5,200 have been injured in 18 days of Israeli attacks.